Hickory – In the Hickory Community Theatre’s upcoming production of Neil Simon’s Chapter Two, running June 22nd through July 2nd, newcomer Leslie Garvett takes on her very first role, opposite Bob Smith, an actor who’s been appearing on the local stage since 1988. Chapter Two is being presented by the Encore Players, the Theatre’s acting company for senior actors.

Although this is Garvett’s first role in a play, it is not her first time on stage. She was an “audience speller” for the Theatre’s 2011 production of The 25th Annual Putnam County Spelling Bee. “I have always wanted to be on stage,” she said, “and that experience was so fun I just knew I had to do it again.” But the demands of her career kept her from it until now.

Since retiring last June, Garvett has been looking for a role and landed on this one. “I can’t believe all that goes into doing this,” she said. “There is so much to learn but I love it.” Garvett and her husband Michael moved to Hickory from Florida in 2005.

Smith’s first stage role in Hickory was Greg, the male lead in I’ll Be Back Before Midnight. That production was directed by Aaron Lewis and Smith came in to be the stage manager. Lewis didn’t have an actor audition that he felt was up to the role and told Smith, “I guess I’ll use you.” Smith chose to audition for Chapter Two because Artistic Director Pamela Livingstone gave local senior actors the opportunity to vote online for their favorite play.

When asked to name his favorite thing about the Hickory Community Theatre, Smith said, “It’s all about the camaraderie and bond among folks. We are all volunteers working together.”

For tickets go to hickorytheatre.org or call the Box Office at 828.328.2283. The comedy plays Thursday-Sunday, tickets are $16.

PHOTO: Lesli Garvett and Bob Smith play Faye Medwick and Leo Schneider in the comedy Chapter Two, on stage June 22 through July 2 in the Firemen’s Kitchen at the HCT. Photo is by John Koval. 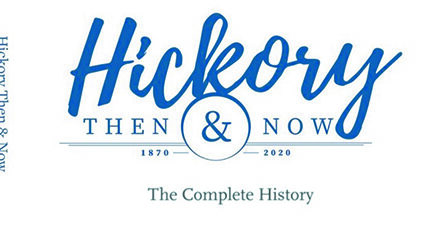