Major League Baseball’s All-Star Game has come and gone. In case you missed it, the American League won its eighth consecutive game on Tuesday night. There were a number of storylines before and after the game. One that captured little attention was the absence of two players from the Houston Astros who were involved in the sign-stealing scandal in the late 2010’s, Carlos Correa and Jose Altuve. 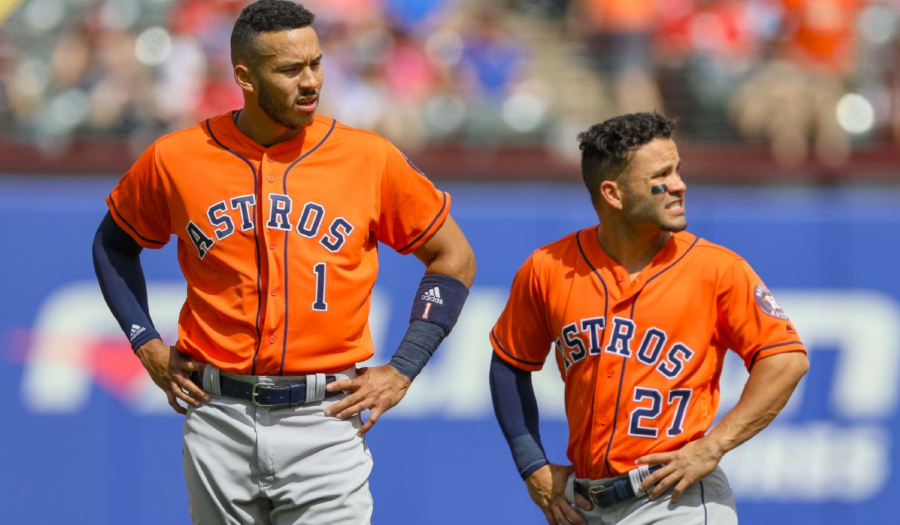 Both Correra and Altuve have turned into villains as the game moved into the 2020’s. Evidence released by MLB indicates that both benefited from the cheating. Both have the natural ability to be all-stars and were once considered popular stars, even at a national level. Not any more.

Correa and Altuve’s decision to skip the All-Star game this year smacks of being gutless. At least in my mind. It comes across to me like they don’t want to walk into a locker room with players from other teams. Guys like Aaron Judge and Aroldis Chapman who played on the ’17 Yankees team the Astros beat in the ALCS. Or Matt Barnes, a member of the ’17 Red Sox who they beat in the ALDS.

You have to love the reasons they gave for not making the trip to Colorado. Correa, whose wife is due to have a baby in November, stated that he wanted to stay home and prepare for the baby’s arrival. I wonder if the reporter he shared this with asked a followup question noting that November is four months out? Altuve told an assembled group of media members that he is staying home to rest because he thinks the Astros have a chance to win it all this year.

You may recall that the last time Houston won it all was in 2017, back when the franchise devised a system using electronics etc. to steal opponents signs between the catcher and pitcher. Back in 2017, before fellow Houston All-Stars Michael Brantley and Ryan Pressly arrived in Houston. Pressly and Brantley made the trek to Colorado for the game.

Correa and Altuve continue to be their own worst enemy. Both minimized the advantage they gained in year’s past once they were caught. The only remorse each showed was that they got caught. Their dubious decision this week has them back in the news, in a negative manner.

Was their decision a gutless move? You decide.