Hickory – The Hickory Community Theatre’s upcoming Firemen’s Kitchen production of Glorious!, a warm hearted comedy about famous, and famously awful, singer Florence Foster Jenkins is being staged under the capable hands of Peter Bost, who has been active in local theatre for decades.

Most recently, Bost was seen onstage at HCT in Young Frankenstein in dual roles as Victor von Frankenstein and Inspector Hans Kemp. It was his third production last season; he also played Arthur in Superior Donuts and the Abbot in Incorruptible. His favorite roles include Captain von Trapp in The Sound of Music and Alfred P. Doolittle in My Fair Lady. He was a featured performer with the National Opera Company, in various roles from 1991-1992.

Although this is first play as director at Hickory Community Theatre, it is not his first time in the director’s chair. He also served as artistic director of an award-winning production of Neil Simon’s Lost in Yonkers for Foothills Performing Arts in 2009. Though he was born in Raleigh, he has lived in Hickory for most of his life, graduating from Hickory High School and then going on to earn a degree in Music Education from Lenoir-Rhyne.

“I’m thrilled with both the expertise and comedic talent of this cast,” he said. “The play, while different in some respects from the recent Meryl Streep film on the same subject, is very funny and audiences will be assured an entertaining evening.”

Glorious! is based on a true story of ‘The first lady of the sliding scale’, Florence Foster Jenkins, a woman who claimed that Caruso’s family encouraged her to sing and that when Caruso (the great Italian lyrical tenor) heard her sing he confessed that he ‘never heard anything like it’. Once you heard her sing, you understood what he meant. Of her performance a reviewer for TIME magazine wrote, “Mrs. Jenkins could dream even if she could not sing.”

PHOTO: Peter Bost directs the upcoming production of Glorious!, opening January 13th in the Firemen’s Kitchen at Hickory Community Theatre. For tickets and information call (828) 328-2283 or go to hickorytheatre.org. Photo by John Koval.

The Art Crawl Guide For Next Thursday, May 17 In Downtown Hickory • 5pm! Don’t Miss It! 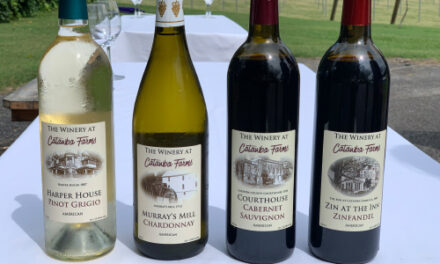 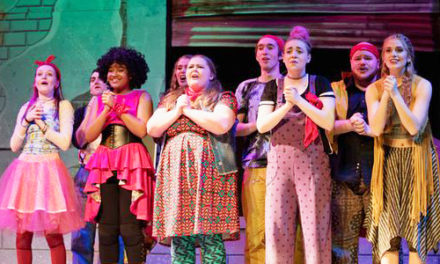