(AP) – Government wildlife officials released two more critically endangered red wolves into the wild in North Carolina and could place several more captive-bred wolves into the habitat this year, according to a new plan submitted to a federal judge.

The U.S. Fish and Wildlife Service said in the filing Monday that it brought two male wolves from a Florida wildlife refuge, paired them with wild female wolves from North Carolina and let them loose in February. One of the male wolves was later killed by a car. The service said it also plans to release another captive-bred pair into the wild this summer and will aim to introduce captive-bred pups into any wild litters born in the breeding season that runs through May. Releases of captive-bred wolves had largely been halted by the government in recent years. 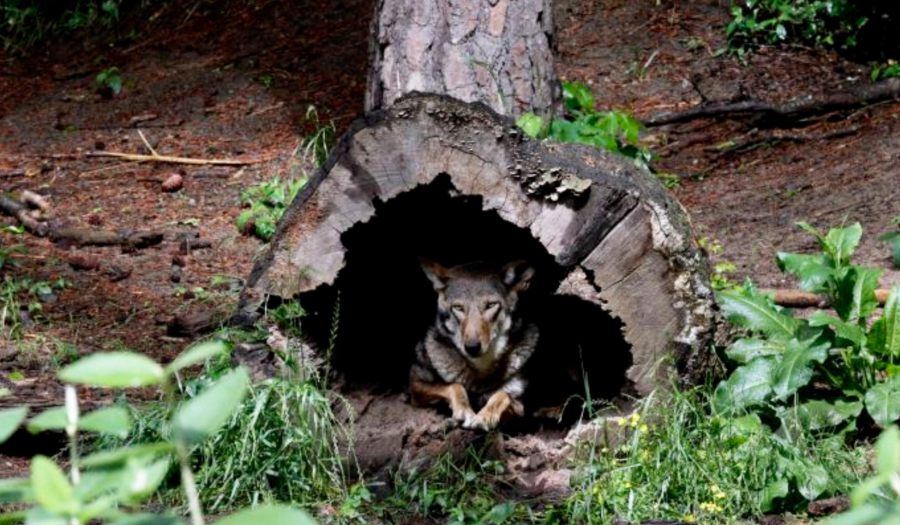 Photo: A female red wolf peers from within a tree trunk in its habitat at the Museum of Life and Science in Durham, NC.

The plan was submitted to U.S. District Judge Terrence Boyle, who ordered the agency in January to introduce more wolves into eastern North Carolina, the only place in the world where they roam free. At the time, Boyle noted that as few as seven red wolves remained in the wild. Another approximately 250 live in zoos and refuges as part of the captive-breeding program.

Boyle has given conservation groups suing the federal government two weeks to raise any objections to the new plan.

The officials who prepared the plan wrote that the federal agency “remains committed to reintroducing the red wolf into portions of its historical range and recovering the species in the wild.”

The officials also noted that they planned to proceed deliberately in moving captive-bred wolves to the wild in order to maintain “a robust captive population” that’s genetically diverse. A spokesman for the agency didn’t immediately respond to a message seeking further comment.

An attorney who represents the conservation groups suing the government said the plan should go further.

“While we are still reviewing the agency’s plan and will formally respond with the court, we can say that it clearly falls far short of quickly releasing eight wolves, which plaintiffs requested to protect the wild population based on expert opinion and the service’s own past practice,” said Sierra Weaver of the Southern Environmental Law Center.

Ron Sutherland, a biologist with the Wildlands Network who’s not directly involved in the lawsuit, said he hopes the federal court will force the government to move more quickly with reintroductions. In a February letter to the government, he urged the release of 16 wolves.

“The release of the two wolves was a step in the right direction. It was not an ambitious step. But it was a step,” Sutherland said by phone.

Conservation groups took the U.S. Fish and Wildlife Service to court late last year with a lawsuit arguing that the federal wildlife officials had violated the Endangered Species Act through actions that included a decision in 2015 to stop releasing captive-bred wolves. Between that decision and the judge’s ruling in January, only one other captive-bred wolf had been released into the North Carolina wild.

Red wolves once occupied much of the Eastern U.S. but were driven to near extinction by trapping, hunting and habitat loss before they were reintroduced to North Carolina in 1987. The reintroduced population had grown to more than 100 but has fallen sharply in recent years. Their range is limited to five North Carolina counties. 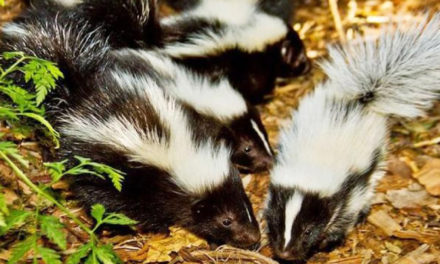 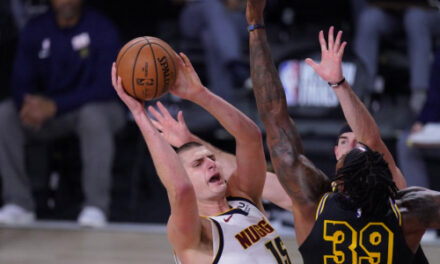