Last week we revisited an older “classic” HCSAWWT column entitled “You only get one,” in which we discussed several ways you could meet your final demise, that death is a surprise to everyone. Whether it’s spontaneous, planned or expected no one knows what it’s like till it’s their own. You can in no way prepare for it, because you’ve never done it before, and those who have certainly can’t share their experiences.

The principle concept presented in that article was that even though there are many ways in which your life can end it will only end once. All the more reason to make the one life you live leading up to that death one worth dying for. But what if… what if…you can die more than once?

There have been numerous recorded instances where people have recounted near-death experiences. Sometimes they’re beautiful and wondrous and sometimes they’re terrifying and despairing. Many like to believe that these experiences are assurance of some form of existence that continues beyond death, a glimpse of heaven, hell or the worlds between. The thing to consider here is that these are “near-death” and not actual death experiences. Someone who leers at the edge of a cliff has no truthful concept of what it feels like to fall off of said cliff.

But what about those who have actually died and then been resuscitated? Do they get to die twice? No, because they never truly reached the point of no return. In most cases they have no recollection of their “dead” time. When they’ve returned to the living they continue the life they were already living, already in progress at this time. There is no form of communication in between while they are dead. It’s not like someone in the corpse phase can sit up and say,“Yeah, I just did that dying thing and it wasn’t so bad…what’d I miss…did I poop myself?” The fact remains uncontested: You can only live the one life you’re living and die from said life you’ve lived only once…right?

What about reincarnation – the rebirth of a soul in a new body? Keep in mind that “new body” doesn’t necessarily mean a human body or even a “living” form. What you return as will be decided by karma, which means the status of the next “life” you live will be determined by quality of the life you just lived. Life, in this instance, is defined by aware existence. So if you’ve lived a good life to its fullest, according to the laws of Karma, you may be reborn into a better human life or that of a creature that will allow you desired experiences. However, if you live a bad life you may return as a rock or a dog poop or some grade schooler’s pet guinea pig. Of course some may prefer the rock, poop or guinea pig lifestyle option. Regardless of how you return this will be a new life with a new purpose with no recollection of any past existence. You will die again and again, each time with a spin of the wheel-o-karma but you will only die from the life you’re living once. This of course brings us to the Core Principle: each of us is possessed of an eternal soul that always has been and forever more will be. This allows a multiple, endless number of lives that can be given to or chosen by a soul. This theory becomes immediately invalid in this discussion because, even though many lives are lived and deaths died by a single soul, the soul itself would never truly experience death. It can’t do it twice if it can’t even do it once.

Near or temporary death and never-ending life aside, what about un-death? What about Vampires like Dracula or Santa Claus? When someone becomes a vampire they must first die before rising again as a creature of the night (Blah!). Then after they died and came back they could be killed again, so would they have experienced death twice? Given they would possess total recall of the life they lived and the death they died. That said, a vampire could give a firsthand perspective and insight on what dying is like (if there are any vampires reading this please contact me and share). However, regardless of whether they’re blood sucking monsters or pretty glitter boys (Twilight still SUCKS!), they technically only die once and once they return from the dying, from the life they lived, they’re no longer really living. So if they die after they’re dead they couldn’t have been living to die twice in the first place. The same can be said in the respect of zombies or ghosts. Once you’re dead you’re no longer living so you can’t die again once you’re dead. OMG if you read that slow it actually almost makes sense.

OK, that last paragraph blew my mind and so this writer digresses; backing away with the realization that I just lost an argument with myself. I was right, apparently you can only die once. So concurring with myself, it’s in your best interest to make the life you live one worth living and dying for…because you only get one! I welcome almost all questions and comments via FOCUS or E-mail me at wanderingchainsaw@gmail.com. Hope to hear from ya, until then try and stay focused. See ya! 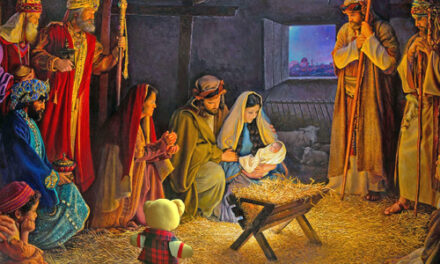 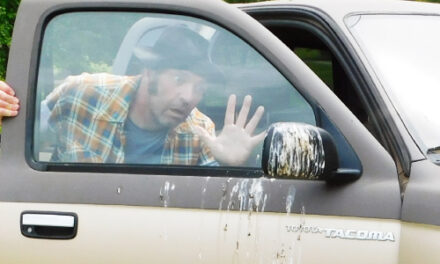