Berlin (AP) A German court has ordered a donkey’s owners to pony up 5,800 euros ($6,800) to the driver of a pricey McLaren sports car to cover damage caused when the animal chomped the backside of the vehicle.

Police said that Vitus the donkey may have mistaken the orange McLaren parked next to his enclosure as a giant carrot when he bit the back, damaging the paint and a carbon-fiber piece.

The dpa news agency reported that the state court in Giessen on Thursday sided with the car owner, who filed the suit after the donkey owner refused reimbursement for the incident last September.

At the time, Local media reported the owner of the donkey refused to pay for the damage, telling the McLaren owner he should have picked a better parking place. 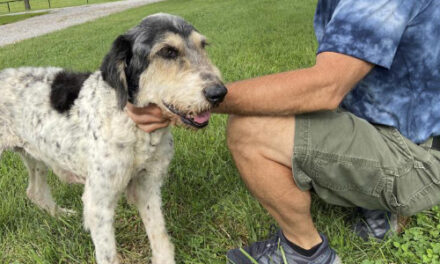