New York (AP) – Georgia O’Keeffe, famous for her desert paintings, created equally stunning — though lesser known – pieces inspired by a 1939 trip to Hawaii. The works, and a display of the plants she would have encountered there, are now on view at the New York Botanical Garden.

The multifaceted blockbuster of a show explores a little-known side of O’Keeffe — her 1939 immersion in the flora and landscapes of the Hawaiian Islands.

“Georgia O’Keeffe: Visions of Hawai’i,” on view through Oct. 28, is the first presentation of the artist’s depictions of Hawaii in New York since 1940.

Adding dimension to the collection of 20 paintings, the garden has evoked in its Conservatory the gardens and landscapes that inspired O’Keeffe, as well as galleries devoted to the complex history of Hawaii’s plants and ecology.

After New York, the painting portion of the exhibit will be on view at the Memphis Brooks Museum of Art, in Tennessee, from Dec. 1 through Feb. 24, 2019.

“We always associate O’Keeffe with New Mexico and being very independent, but here she is traveling to Hawaii, which was a pretty major journey from New York in those days, hired by an advertising firm at a time when she was 51, at the height of her career. She was one of the most famous artists in America at that time and she really didn’t need the assignment,” says the show’s curator, Theresa Papanikolas of the Honolulu Museum of Art.

“I think she was really mesmerized by the images in the brochures they kept sending her,” she says.

O’Keeffe spent nine weeks in Hawaii, on commission to produce images for a Hawaiian Pineapple Company promotional campaign. She visited some of Hawaii’s most elegant private gardens and dramatic landscapes. She produced depictions of mountains and waterfalls, as well as her signature close-cropped views of the flowers and plants she encountered.

By all accounts, she “was blown away by what she saw there, especially in Maui,” said Karen Daubmann, associate vice president for exhibitions and public engagement at the garden.

The paintings on display include “Heliconia: Crab’s Claw Ginger” and “Pineapple Bud,” both of which were used in the Hawaiian Pineapple Company’s ad campaign. They are on loan from private collections.

For all her enthusiasm, O’Keeffe got some of the plant names wrong, Papanikolas points out. For example, the plant depicted in the “Heliconia: Crab’s Claw Ginger” painting was actually a Lobster Claw Heliconia, she says.

The artist’s visit to what was then a remote U.S. territory coincided with increasing awareness of Hawaii as tourism grew and statehood neared.

Her first impression on arrival was of being showered with leis and other “queer scraps of flowers.” She started out painting the flowers that would have seemed most familiar to her, as in a “Bella Donna” painting — of a flower with a vivid green center — that is reminiscent of jimsonweed, which O’Keeffe painted a lot, Papanikolas says. She quickly moved on to slightly more exotic flowers, as in “White Lotus,” a flower that she may have seen in water gardens on the mainland.

“But soon after that she moved on to much more outlandish tropical flowers,” Papanikolas says.

“Pink Ornamental Banana,” while not native to Hawaii, was popular in the upscale home gardens O’Keeffe explored in Hawaii. An example of the plant — and other exotic tropical flowers — are on view in the New York Botanical Garden’s Conservatory.

“When she gets to Maui, she really hits her stride,” says Papanikolas. O’Keeffe was the guest of a plantation manager there and borrowed his car — with his 12-year-old daughter as a guide — to explore dramatic landscapes like those she depicts in “Black Lava Bridge,” with its rugged rocks and choppy waves.

In the Iao Valley, “she’s catching the mistiness of these velvety green mountains. She’s come a long way since her first Hawaii paintings and is now really immersed in the sense of space,” the curator says.

“As her paintings go along, you can feel her personal transformation from tourist to ensconced visiting artist.”

The plants that O’Keeffe encountered, which tended toward vivid colors and broad leaves, included native species, like Hawaiian red hibiscus and white hibiscus; “canoe plants” like sugarcane and taro that were introduced to Hawaii by the Polynesians; and exotic ornamentals like pineapple, papaya, coffee, oleander and heliconia, which were introduced later.

All can be enjoyed up close and personal in the show, in addition to O’Keeffe’s paintings.
Photos: 1939 – Heliconia: Crab’s Claw Ginger
1939 – Pineapple Bud 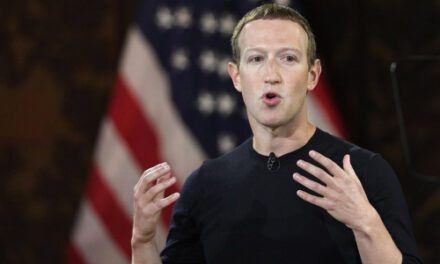