Berlin (AP) – Ever felt like you’ve been queuing forever?

Scientists say fossils found in Morocco suggest the practice of forming orderly lines may date back 480 million years and could have had evolutionary advantages.

Their study, published Thursday in the journal Scientific Reports, describes groups of blind trilobites, known as Ampyx, all facing in the same direction, apparently maintaining contact via their long rearward spines.

The researchers from France, Switzerland and Morocco analyzed the fossils and concluded that the tiny trilobites, which look similar to modern horseshoe crabs, probably intentionally formed a queue as they swarmed along the prehistoric sea floor.

“Given the scale of the patterns seen, this consistent linearity and directionality is unlikely to be the result of passive transportation or accumulation by currents,” they said.

Jean Vannier, a researcher at the University of Lyon, France, who co-authored the study, said possible reasons for this group behavior include environmental stresses or reproduction.

Similar behavior is also found in modern-day members of the extended family of arthropods that trilobites belonged to, such as caterpillars, ants and lobsters, who band together for protection or to find mates.

“Living and moving in groups seems to have rapidly represented an evolutionary advantage among ancient animals,” Vannier said.

Lucy McCobb, a paleontologist at the National Museum Wales who wasn’t involved in the study, said that while similar ‘conga lines’ of fossilized Ampyx have been reported before, the researchers behind the study had built “a very strong case for the intentional lining up of the trilobites in response to some cue.”

“These fossils give us a wonderfully vivid glimpse into the lives of these very ancient but clearly sophisticated creatures,” she said.

Vannier said the findings support the idea that collective behavior like forming lines emerged around the same time or shortly after animals first developed sophisticated nervous systems and sensory organs. He and fellow researchers said re-examining 520 million-year-old fossils of shrimp-like creatures found in China could offer evidence that such behavior began even earlier. 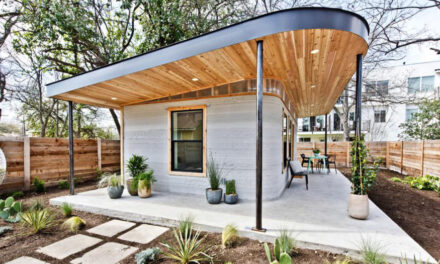 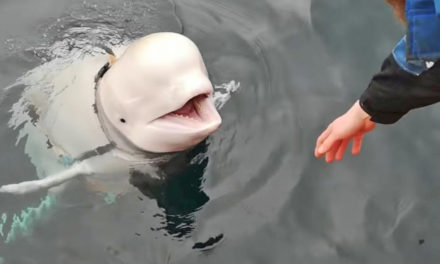