Statesville, NC – In the summer of 1755, a company of soldiers began construction of Fort Dobbs to protect the western frontier of the colony of North Carolina. A full-scale replica of that fort will open 264 years later, Saturday and Sunday, Sept.21-22, in Statesville.

The original Fort Dobbs housed 50 soldiers and served as a supply depot, refuge for settlers, and symbol of colonial authority during the French and Indian War. In seven years of service, it was the scene of battle on at least one occasion as Cherokee warriors, retaliating against the British settlers for murdering Cherokees, surrounded the fort in 1760. With the end of the war, the fort was abandoned and allowed to rot away.

Colonial Gov. Arthur Dobbs led its construction in the style typical of contemporary British forts, and it was built of sturdy oak logs from nearby forests. The reconstructed fort was built on the original footprint. It contained a well, huge fireplaces and windows for firing muskets and swivel guns. This is the only French and Indian War related site in the state’s Division of State Historic Sites.

A century of preservation efforts by the Daughters of the American Revolution, archaeology and stewardship by the State of North Carolina, and fundraising by the Friends of Fort Dobbs, culminated in a groundbreaking for the reconstructed fort in 2016. The three-year project has sought to emulate the construction techniques of the 18th century, while working with 21st century building codes.

The three story, 8,000 square foot timber blockhouse will officially open to the public during the grand opening event in September. Following an opening ceremony at 10 a.m. Sept. 21, visitors can enter the fort and interact with costumed interpreters. Historic weapons firing demonstrations will be scheduled both days, along with on-going activities including open hearth cooking.

Register For Newton’s Senior Night Out By November 19 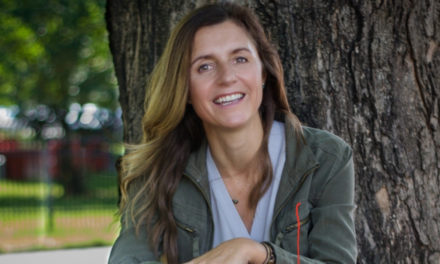 Cancer-Survivor And Author To Speak At Mt. Pisgah, March 11th