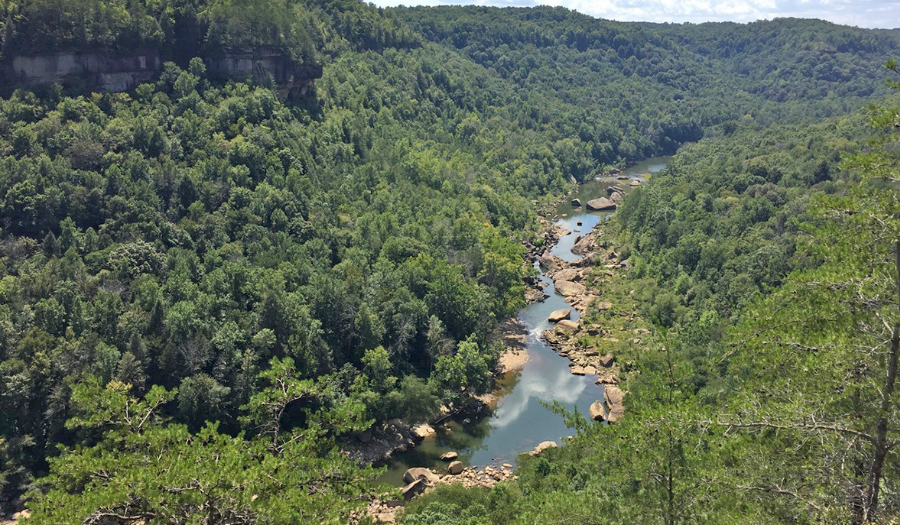 Winchester, KY (AP) – Thousands of years ago, humans set up camp in the Daniel Boone National Forest. They made fires, cooked meals and made tools – then they left. Now, EKU students, in collaboration with the U.S. Forest Service, are retracing their steps.

Dr. Jon Endonino and his Archaeological Field Methods students are working on their excavation of a Jackson County site inside the forest that contains artifacts up to 5,000 years old as part of a five-year agreement between the school and the Forest Service to survey the land.

“It serves EKU’s needs in terms of our mission of regional stewardship, it serves educational needs of students, but it also helps the U.S. forest service and their mission to preserve and protect historical resources,’’ Endonino said.

The class, which has been in the field every weekday for four weeks as part of the six-week intensive course, expected to find artifacts up to 3,000 years old, but started uncovering late prehistoric arrowheads.

“Pretty much everything we found here is exactly the opposite of what we expected,’’ he said. 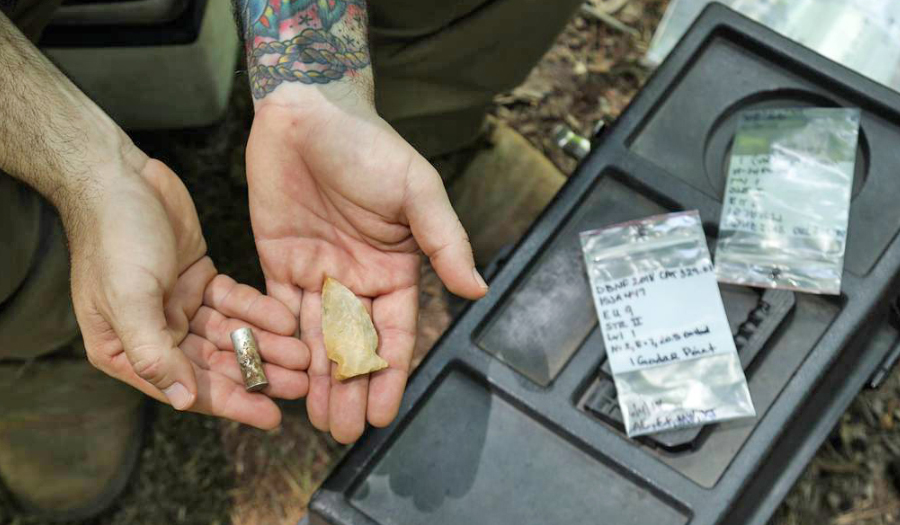 The surprising finds mirrored Endonino’s experience in 2016 with a nearby prehistoric rock shelter that had been damaged by illegal digging.

The site was written off by evaluators before Endonino’s team got to it, but the students discovered evidence of the earliest plant cultivation in eastern North America, with traces of pumpkins, squash and a relative of quinoa.

The team also found a spear point carbon dated to 9,000 years old, much older than anyone had anticipated. Now the site is eligible for the National Register of Historic Places.

“It’s nationally important,’’ Endonino said. “We thought that it was going to be a late prehistoric site with shell-tempered pottery and little arrowheads, and within 20 minutes we were completely proven wrong when we found a 9,000 year old spear point, and that was pretty stunning.’’

The rock shelter had holes in the back wall as a result of looting, which Daniel Boone Forest archaeologist Wayna Adams stressed is illegal and damages the environment.

“We don’t just go in and dig wherever we feel like it,’’ she said. “Nobody learns from that.’’

In order to dig, Endonino and his team were required to submit a request for an ARPA permit, or Archaeological Resources Protection Act, create a research design plan and confer with the state.

Excavators who don’t follow protocol often dig for personal collections or to sell artifacts for profit, but it harms the site and its history, he said.

But for professional archaeologists like Endonino, safe excavation and discovering ancient remains is always an incredible learning experience.

“Artifacts don’t speak for themselves, so we kind of have to interpret,’’ he said. “That’s a lot of fun, trying to piece together the clues to tell the story of a site.’’

From 8:30 am-3 pm, students inspect one-meter by one-meter squares in a larger pit and dig in 10-centimeter increments, running loose dirt through a screen to find rocks and possible artifacts until the site is “culturally sterile.’’

So far, they have found mostly debitage, or flint chips leftover from making tools, but have also unearthed intact arrowheads, along with a .45 Colt shell. Many artifacts come from the Middle Archaic Period, 3,000 to 5,000 years ago.

For the students, archaeology is a door that leads to other possibilities.

Emmett Fields, a 21-year-old student, hopes to use his experience to study ancient burial rituals and mortuary goods, as well as gender relations and identity in the ancient world. “I want gender nonconforming people to see they came from something,’’ he said.

Twenty-five-year-old Ashley Williams describes her study as “biomolecular archaeology.’’ She hoped to use archaeology to explore the possibility of a third, unknown strand of DNA created by interbreeding between early humans and another undiscovered hominid.

After students complete the half-semester course, students will be qualified for entry-level jobs in the private sector of archaeology, which Endonino said makes up a large percentage of archaeological jobs.

On July 2, Endonino will demonstrate his flintknapping, or stone tool crafting, skills at Blue Stallion Brewing as part of a fundraiser for the annual Living Archaeology Weekend, which showcases eastern Kentucky landscapes as well as Native American technologies. Other ancient skills, such as spear throwing, cane weaving, and grinding corn will be demonstrated at the brewery as well, with 10 percent of the proceeds going to the Living Archaeology Weekend.

After the students complete their work with the site, the artifacts will be cleaned, weighed, and recorded. They will then be sent to UK, which acts as a curator, for carbon dating.

Although the collaboration between the U.S. Forest Service and EKU ends in 2020, Endonino hopes to extend it until 2025, training more student archaeologists.
A bullet casing & an arrowhead found at the site
Devil’s Jump overlook in Daniel Boone Nat’l Forest 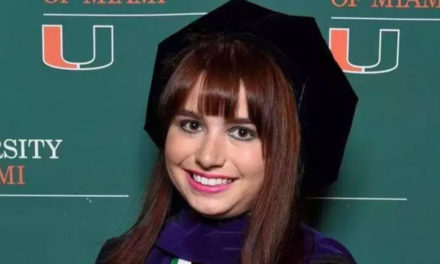