Little Rock, AR (AP) – The man’s body was spotted off the coast of Sunset Cliffs in San Diego, California. It had been battered against rocks while surf and sun warped identifying features, forensic artist PJ Puterbaugh remembered.

No one knew who it was. But a few of the man’s elaborate tattoos were intact.

So Puterbaugh, who lived in Arkansas as a child, drew his tattoos on a computer in the hopes it would lead to finding someone who knew him. The drawings were broadcast to the media and nearby tattoo parlors, ultimately landing in the inbox of Chris Von Bong, an artist at Chronic Tattoo. When Von Bong opened the email, he saw a familiar image: a technicolored elephant-headed Hindu god, Ganesh.

Only this deity was even more distinct.

Von Bong recalled that he’d etched Ganesh strumming an orange-and-cream bass down the shoulder of his co-worker’s friend, Marty. Police were called, and Martin “Marty’’ McDermott, 38, was identified a week after he was found in mid-February 2016.

Of 27 California cases in which Puterbaugh created drawings or sculptures to try to identify people investigators couldn’t, seven of the subjects have been named, and two of those occurred immediately after her work was circulated. Now the mother of four is hoping to help solve unidentified-person cases in Arkansas, the Arkansas Democrat-Gazette (http://bit.ly/2sf5Wsl ) reported.

As a forensic artist, Puterbaugh sketches tattoos and gap teeth, molds clay sculptures from skulls and maps out faces from the slant of cheekbones and foreheads of the unidentified. Her goal is a likeness, she said, a resemblance that’s close enough for someone who sees the image – a friend, a neighbor, a corner store clerk – to feel a wave of recognition, like Von Bong did.

Though she lives in California, Puterbaugh’s history is intertwined with Arkansas. And a few years ago, a case drove Puterbaugh back to the state to volunteer her services. When asked why the case led her to the state Crime Lab’s door, Puterbaugh responded with a sentence that seems to be her guiding principle.

Puterbaugh spent four years of her life shoeing horses and mending fences on a big farm in Huntsville. Her family lived there while she was in third through sixth grade, and it was in that small Madison County town where Puterbaugh was introduced to art.

Puterbaugh took a weekly oil painting and drawing class from an elderly woman who was like “a second grandmother’’ who sparked her creative side, she said. Her stepmother, who lived in Arkansas, also shaped her sensibilities. She often told Puterbaugh it’s “good to be useful as well as ornamental.’’

Puterbaugh later uprooted and moved to San Diego, where she studied studio art. She had kids, got a Labrador and in 2005 began volunteering with a local search-and-rescue outfit. Through that work, Puterbaugh realized the medical examiner’s office needed an artist to sketch unidentified bodies and recreate the faces of skeletal remains turned over to authorities.

So Puterbaugh took classes to follow in the footsteps of women who pioneered the field of forensic art. She studied the work of Betty Pat Gatliff, born in 1931, who helped remake the faces of President John F. Kennedy and the nine unidentified victims of serial murderer John Wayne Gacy. From women like Gatliff, Puterbaugh learned the seriousness with which to take their shared craft, she said.

“This isn’t something you fool with, you know, because this is a person who belongs to someone, who has rights,’’ Puterbaugh said. “You don’t try to change that.’’

Then, in 2010, Puterbaugh heard about a young man who’d drowned near San Diego. There was some local barroom chatter passed along to police that he could have been from Arkansas, she said.

While visiting her old town of Huntsville, Puterbaugh approached police to ask if any missing person matched the young man’s description. Unfortunately, no one did. Years passed, but the case “stuck,’’ she said.

Through that encounter, Puterbaugh learned many of Arkansas’ missing people and unidentified human remains cases are handled by the state Crime Lab. While on another visit to the state in 2015, she met with executive director Kermit B. Channell II to see if the lab someone to re-create faces for its unknown dead – for free – in hopes the artwork might spark a lead in cases that have laid dormant for years.

“Basically, (Puterbaugh) showed up at our door,’’ Channell said, adding that he is grateful she did. No one was handling that task before, and now, if and when new skulls are uncovered, the lab can “really defer to her expertise,’’ he said.

Her work “is really critical, especially if you have nothing going on,’’ Channell said, like in cases in which there are no leads or matches from DNA.

The young man who drowned has since been named, and he wasn’t from Arkansas, Puterbaugh said. But since she met with Channell, she’s studied and re-created five faces from skulls found across Arkansas in Union, Hot Spring and Pulaski counties as recently as 2011 and as long ago as 1986. As of yet, none have been identified.

With each of those skulls, Puterbaugh takes a person frozen in time and “wakes them up,’’ she said. By using scientific data, she crafts a portrait and, if possible, a sculpture of what the unidentified person looked like while alive.

Like a cartographer charting terrain, Puterbaugh starts by lining a skull with tiny, eraser-sized markers that are then overlaid with strips of oil-based clay. She molds facial features based on averages, like the average width of a nostril for a young white man or the average thickness of a cheek muscle for an older black woman.

A skull covered in markers that forensic artist PJ Puterbaugh uses to recreate the face of the deceased individual.

When drawing the portrait, Puterbaugh traces over a photo of the marked-up skull. The facial details are plotted, penciled in, then remeasured and constantly tweaked, sometimes in Photoshop, she said.

“It’s not like just pulling out tubes of paint and kind of winging it,’’ Puterbaugh said.

Still, there’s guesswork involved. Eyebrow thickness, in general, is a personal preference. And eye color is always a question mark, so Puterbaugh said she uses hazel-tinted “middle of the road’’ prosthetic eyes she found online. Ordering fake eyes over the phone did not go well, she said.

Puterbaugh also relies on basic relationships among a skull and its facial features.

For example, look in a mirror and smile. The width of your lip will be about the same as the width of your front six teeth, Puterbaugh said. Now run your tongue along the piece of tissue that connects your top lip to your gum. That’s about how tall your upper lip should be drawn.

As for the face’s expression, Puterbaugh keeps it “peaceful looking.’’ It’s not her job to inject any emotion into the drawing, she said, though “you can’t help but feel terrible for them.’’

“Everybody deserves to go home,’’ she added.

A face takes Puterbaugh a couple of days to draw while a sculpture takes a week. With time and training, she’s learned when to stop.

“There is a definite point where you start to sense that, `I’m done here,’’’ Puterbaugh said of her process.

“And then you just hope. I hope I did you service.’’

Aside from her forensic work, Puterbaugh paints peonies, orchids and parrot tulips in her in-home studio. Florals and portraits are a second passion, she said, though she draws a distinction between those pieces and the work she does for law enforcement.

“They’re pretty. They’re nice,’’ Puterbaugh said of her florals. “But when I can use my art to actually help someone, that’s huge. That makes me having that skill worthwhile.’’

One of the people Puterbaugh helped name was a man who jumped off a Pacific Beach pier. His case had been open for months, she said. After sketching his face, he was recognized within a day or two, she said.

The man’s family was from out of state, but he’d been living with a roommate, and “the dots never got connected’’ before, Puterbaugh said.

For Marty McDermott, the dots got connected.

Von Bong, the tattoo artist, said he searched the “Rolodex in (his) head’’ and remembered the tattoo belonged to Marty, who was a local musician. He recalled he had nicknamed him “Marty Jannetty,’’ the professional wrestler referenced in an Action Bronson song.

McDermott had sat in Von Bong’s chair for four sessions to finish Ganesh. During appointments, “some people like to go inside themselves and find their little spot and hang out there,’’ Von Bong said, while others are more “chit-chatty.’’ McDermott was a mixture.

“We weren’t having debates about anything, but we weren’t sitting quiet,’’ Von Bong said.

Von Bong said he learned that Marty was an intelligent guy who played in punk bands. He’d also owned and loved two little Chihuahuas enough to emblazon their names on his body.

In the aftermath of his identification, McDermott’s sister told a San Diego TV station that her brother was a member of Mensa, an international society where members score in the 98th or above percentile on a standard intelligence test. Records indicate he was likely a member from 2005 to 2008.

“He was an artist, a musician, a genius,’’ Maggie McDermott told the station. “He was one of the smartest people I’ve ever met in my entire life.’’

When the email landed in Von Bong’s inbox, the tattoo artist left it untouched for day or two. It was from a county government agency and didn’t seem too important, he said.

Then, “all of a sudden,’’ Von Bong got “super curious for some reason,’’ he said. When he clicked the email and saw Puterbaugh’s drawing, he was “blown away.’’

“I don’t know how much stock you put in those things,’’ Von Bong said, “but I felt like Marty was pushing me toward it.’’

Images: PJ Puterbaugh in her studio with work in progress in foreground; A skull with markers attached, ready for re-creation 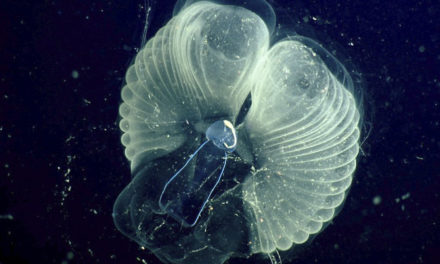 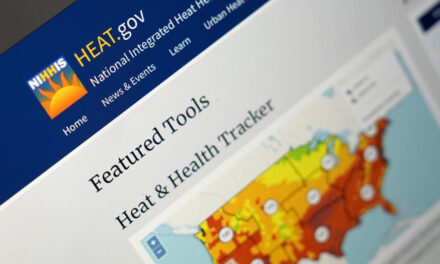