Valdese, NC – The Concerts at the Rock series is excited to welcome Flatt Lonesome to the stage on Sat., November 3 at 7:30pm at the Old Rock School.

Since their debut in 2011, Flatt Lonesome has enjoyed a nearly unprecedented trip to place them among bluegrass’ elite. Bluegrass Today calls them “the sort of band bluegrass needs right now” and says their brand of original bluegrass is “some of the freshest our genre has been offered in a while.” Stellar picking and heartfelt songs centered around beautiful sibling harmony have made Flatt Lonesome a hit among bluegrass fans both young and old and their vibrant, youthful spirit with careful respect towards tradition has earned the praise of peers twice their age.

Mature beyond their years (both musically and professionally), Flatt Lonesome has already reached success levels comparable to bands that have been playing for decades.

Their whirlwind ride has included being named Emerging Artists of the Year by the International Bluegrass Music Association (IBMA), releasing a trio of successful albums, being heard on bluegrass radio across the country and world, and playing some of the biggest bluegrass events on the continent.

Flatt Lonesome released their self-titled debut album in early 2013 and drew high acclaim from both critics and fans.

The band followed up their successful premiere with Too, released in July 2014 on Mountain Home Records. Flatt Lonesome’s sophomore album debuted in the Top 5 on Billboard’s Bluegrass Album charts and produced eight charting singles across four major radio charts, with “So Far” reaching number one in the fall of 2014.

The major success of their second release has since been eclipsed by the overwhelming enthusiasm surrounding Flatt Lonesome’s third album, Runaway Train, released in October 2015. Runaway Train highlights the band’s evolution into a bluegrass tour-de-force.

“We are very excited to welcome Flatt Lonesome back to the Old Rock School stage”, states Morrissa Angi Community Affairs Director for the Town of Valdese. “They are sure to put on a tremendous show for our Valdese audience!”

Friends of the Valdese Rec is a non-profit organization dedicated to supporting the Valdese Parks and Recreation Department with volunteer hours and fundraising for the betterment of the Department, while at the same time benefiting the town, the citizens and the environment. Find out more about FOVR projects at friendsofvaldeserec.org.

For further information on all events in Valdese and the Old Rock School, call 828-879-2129 or go to visitvaldese.com. 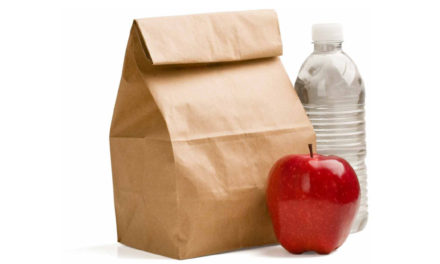