London (AP) A fisherman has spoken of his relief after surviving a bizarre incident in which a fish he had just caught jumped down his throat.

Sam Quilliam, 28, says he was trying to “kiss the fish’’ a tradition thanking the catch before returning it to the sea when the Dover sole wiggled free and jumped down his throat, blocking his airway and sending him into cardiac arrest.

Paramedic Matt Harrison used forceps to grab the fish, although its “barbs and gills were getting stuck on the way back up.’’

Quilliam says he is much better since the Oct. 5 incident and has not ruled out kissing a fish again. He says next time though, the fish will be “probably just a bit bigger … and not a sole.’’ 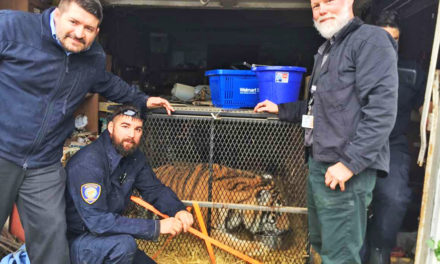