The field has been whittled down from 68 teams to four. The Final Four. We are left with an interesting field of survivors. We have two perennial powers, Villanova and Kansas, who were number one seeds. We have the hottest team remaining in the field in Michigan. And we have a Cinderella Story in Loyola-Chicago. Loyola-Chicago entered the tourney as an 11 seed. The Ramblers are capable of winning it all. They play defense as evidenced by the fact that they have limited its last four tournament opponents to 63.5 points per game. And their next game is not against number one seeds Villanova or Kansas. Instead, they face Michigan, a three seed.

Michigan plays even better defense. The Wolverines have allowed just 59 points per game in four tournament victories. Teams have fallen in love with the three point shot. Teams this weekend better beware. Michigan opponents have shot just 17 of 65 (26.1 percent) from 3-point range in the tournament. I found this fun fact the other day. The Wolverines have won six straight national semifinal games. I like Michigan to make it seven straight on Saturday vs. Loyola.

The Villanova – Kansas game could be a classic. I am sticking with my original pick of Villanova to win it all. The Wildcats have been the most consistent team left in the tournament. They have won their four games by an average of 18 points. My lone concern is how Villanova will fare against defensive-minded teams like Michigan or Loyola. I do like the Wildcats free throw shooting and a very wise person told me recently that free throw shooting wins close games. It worked for Villanova two years ago when they won their most recent national title.

Kansas, like Michigan, is playing its best basketball of the season. But, Villanova knows Kansas well. The Wildcats beat the Jayhawks in the Elite Eight two seasons ago. Kansas needs to slow the game down, as I read where it has a 2-6 records when opponents score more than 80 points against them. Villanova tallies over 80 regularly.

This is hardly the season the Charlotte Hornets envisioned for themselves after trading for Dwight Howard and making other additions to the roster. With its next loss, Charlotte will finish under .500 for the second straight season and third time in the last four seasons.

The Hornets will be watching playoff action from their homes again and things may get worse before they get better. All-Star guard Kemba Walker has been making comments of late that missing out of playoff basketball is wearing on him.

Walker spoke of only making the playoffs twice in his seven year career. He has one more year remaining on his contract before he could exit to free agency.

Trading Walker would be painful, but it might also be necessary if the alternative is risking losing him for nothing after next season. 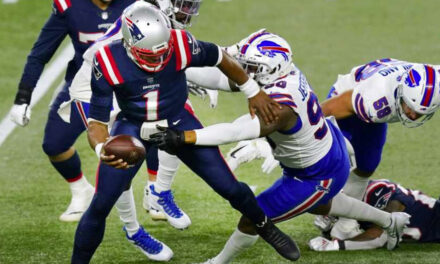