Denzel Washington’s passion project Fences, an adaptation of the celebrated play by the late August Wilson, is a film filled with many moments of winning truth and insight. Washington not only stars in the film but he also directs this one. He and the film’s co-star Viola Davis originated their roles in the film on stage in a revival of the 1983 play in 2010, so they’re definitely no strangers to the material. As a film, it’s the type of thing that rewards viewers, but only those who are patient enough to stick with it during its opening hour. Today’s movie audiences are weaned on action and plot so that may be a bit of a tall order. For those who are attuned to the universe the film depicts, however, there are many pleasures to be derived from this labor of love.

Washington takes the lead role of Troy, a garbage collector in 1950s Pittsburgh. Troy is a bitter man but he has good reason to be.

We learn that as a young man Troy had the talent/drive to become a professional baseball player but was held back by the racial barriers that prevented minorities from participating in the sport in the days of his youth. Now in the present, Troy is saddled with the multiple responsibilities of taking care of a wife (Viola Davis), kids and his mentally challenged brother (Mykelti Williamson). He feels a yearning restlessness and a desire to do something memorable with his life but the best that life seems to offer him are days filled with picking up the refuse of others and repairing a broken down house at the day’s end.  He spends his spare moments railing against the injustices of his life in the company of his lifelong friend, Bono (Stephen Henderson).

The first hour of the film is very stagey and mostly consists of Washington’s Troy character speechifying in his back yard for a good chunk of time. The film manages to break free of its stage bound conventions during its second hour when a plot surprise is revealed that sends the film’s story spinning into a totally different direction, supplying it with some of its best scenes.

The whole cast is superb. They never overplay it but hit all of the notes just right. Washington and Davis, in particular, are standouts and, as predicted should easily score some serious consideration during awards season. It’s a testament to the cast’s combined talent that the film succeeds so well. 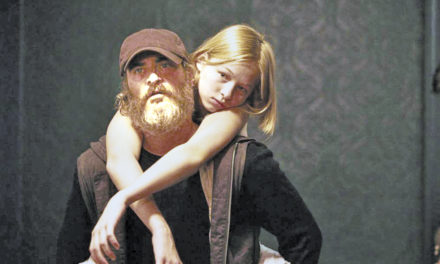