Hickory – The online exhibition “PLAY BALL 20/20”, sponsored by Full Circle Arts of Hickory, will feature artwork and a dream-like 12 inning play-by-play sequence created by Hickory artist Dan Smith. This visual art and written word on-line exhibition will mark the conclusion of Smith’s 5th exhibit-based series entitled “Extended Sites”. It can be viewed at www.fullcirclearts.org through August 9. 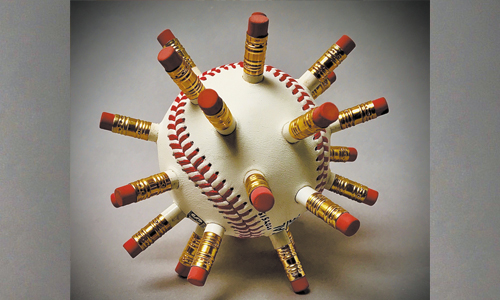 Beginning with his 1990 MFA thesis at the University of South Carolina and extending 30 years, Smith has continued to examine the cyclical nature of life from a variety of viewpoints, immersing himself in site-specific explorations, focusing on groups of people, their land, history, and culture.

The 1st of Smith’s “Extended Sites”, entitled “Man/Land,” involved the random selection of 12 locations in South Carolina and 12 more within the United States, followed by integrating aspects of the specific locales in mixed media artworks.

“InCarNation: The Hampton Roads 400,” Dan Smith’s 2nd exhibition in the series, was the result of physically, intellectually, and emotionally following the artist/explorer John Smith (1580-1631), the leader of the Virginia Colony (Sept. 1608-August 1609).

Dan Smith’s next “Extended Sites” exhibit series, entitled “Maninfested Destiny: From Boone to Boon,” involved a series of journeys with American frontiersman Daniel Boone (1734-1820), whose family moved to North Carolina in 1750, settling on the Yadkin River, near Mocksville.

“US: A Civil War,” was the 4th exhibition in this series. During the 150th Anniversary of the Civil War. Smith attended, and sometimes participated in, 12 reenactments, including the beginning and the conclusion of the 4-year war between the United States and eleven Southern states.

Dan Smith’s current and 5th “Extended Sites” exhibition series, of which “PLAY BALL 20/20” is a part, focuses on his interest in American Indian culture and baseball. His father played on a New York Yankees West Coast Farm Team before the artist was born. His father also told the Smith children they were descendants of Chief Joseph, the Leader of the Nez Perce Nation. This series reflects aspects of personal history, extended and tightly woven into a mix of history and myth, as Dan Smith continues his search.

FCA is an artists’ cooperative located in downtown Hickory, 42-B Third Street NW. Because of Covid19, hours in July are Thursday, 11am-5pm and Saturday, 10am-2pm. More information about Full Circle Arts, classes, membership, or other upcoming events is available at 828-322-7545. You may also write to Full Circle Arts, PO Box 3905, Hickory NC 28603, or email gallery@fullcirclearts.org. Please visit our website at www.fullcirclearts.org.
Photo: CoronavirUS Eraser Ball by Dan Smith. 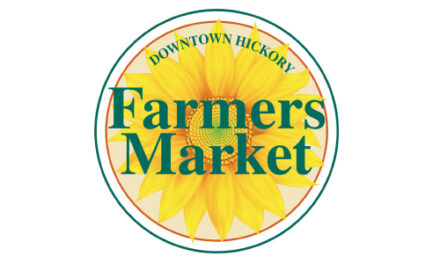