By Jeremy Arias, The Frederick News-Post

Frederick, MD (AP) – It was about 4:30 p.m. Friday when FBI Special Agent Matt Vilcek made his first call of the night to a prostitute he’d identified earlier as a potential target.

“She’s probably not going to pick up, but .’’ Vilcek said as the dialtone was almost immediately replaced by a nondescript prompt to leave a message.

Across the table in the Frederick County Law Enforcement Center’s briefing room, Dave Fitz, a public affairs specialist with the FBI’s field office in Baltimore, smiled and shook his head as Vilcek hung up.

As a member of a Violent Crimes Against Children Task Force, Vilcek often finds himself working undercover with local police partners to set up stings across the Baltimore field office’s expansive coverage area.

While Vilcek was embedded with a team of FBI task force-trained detectives from the Frederick County Sheriff’s Office and the Frederick Police Department on Friday night, he also works regularly with Hagerstown police officers to the west, and the task force is looking to expand even farther.

“We can offer training, we can offer resources that the FBI has and also get their assistance from the state and local level on these types of cases where we could really use the help,’’ Vilcek said. “. So we have resources, we have personnel, and Frederick County and the city has street-level intelligence and operational experience. The blend of our agencies creates a very nice partnership.’’

Just as the special agent finished that thought, a sharp tone from his phone snapped him back to the task at hand: “Vinny’’ had just gotten a reply.

“Oh, hello . I’m going to step outside for a minute,’’ Vilcek said, standing up and headed for the exit in search of a stronger cellphone signal. “I don’t want to lose this one.’’

Several hours later, “Jess,’’ the first date of the night, stood outside the Independent Hose Company on Baughman’s Lane, where the task force was holding its debrief.

Trembling, tears streamed down her face as the 23-year-old recounted her night.

“I guess … I got caught doing something I wasn’t supposed to be doing trying to get some fast cash, and it didn’t really work out,’’ Jess said, dabbing at her eyes. “So this is kind of a scared-straight situation for me.’’

Jess, who spoke with a reporter after agreeing her real name would not be used, said she began selling her body for sex when she was 17 years old after meeting an older girl who introduced her to prostitution as a good way to get cash quickly.

Having just moved to Maryland, Jess said she looked up to the other woman as an older sister and trusted her advice completely. The reality she found upon diving deeper into what she described as the “lifestyle’’ was far darker, and much more dangerous.

“I’ve been robbed, I’ve been raped before, I’ve been beaten before and I’ve been around really nasty people,’’ Jess said. “Like I said, this girl who introduced me to this lifestyle, I thought she was my friend, but look at where I’m at right now. That’s not something that your friends should introduce you to.’’

In a quick search of Jess’ room at the house where she arranged to meet Vilcek in Taskers Chance, the undercover officers found a handgun within the young woman’s reach, but quickly learned that the weapon was unloaded, Vilcek said.
Jess later admitted she kept the weapon around for protection.

Having been arrested once before by undercover officers in another county in Maryland, Jess said she was surprised to learn she would not be charged for her run-in with the law Friday night. On the contrary, after identifying her and taking her picture for their records, Vilcek and the officers quickly arranged for Jess to sit down with Maggie Henderson, the sheriff’s office’s victim/witness coordinator.

“My role is to say, `OK, how can I help you?’ And give them some information along with my information as well, and offer them advice on things they could use to get out of it,’’ Henderson said after a long talk with Jess. “The next step is really on them … it’s empowerment for them to step up on their own, but I’m here to provide whatever support they might need to make that happen.’’

On Thursday, when Vilcek was embedded with his partners in Hagerstown, he was in contact with 10 or 12 women he found by scouring personal ads on various internet sites. By the end of that night, despite setting up “dates’’ with three of those women, the task force didn’t make a single arrest.

“Our goal is not to arrest these individuals, who are oftentimes victims of abuse and sex trafficking, either at the present time or prior,’’ Vilcek said. “(Our goal is) to sit with them and get an understanding of what is going on in their lives that is forcing them into this activity, then offer them services.’’

The task force’s emphasis on treating the prostitutes they find as victims rather than criminals is part of the overall philosophy the FBI follows to help curb the prevalence of human trafficking, Vilcek said.

The root of the problem

By 10 p.m., the task force had netted a second woman who Vilcek had arranged to meet in a hotel room off Buckeystown Pike.

As Vilcek and Henderson sat down with the girl inside to talk, the rest of the officers took to their radios to corner the man who had driven the girl to the hotel and was presumably working as her pimp.

“He’s over by the front, he’s wearing a hoodie, and he had a cellphone in his hand, you see him?’’ An officer asks over the team’s radio channel, pinpointing the man as he stood next to his car.

Seconds later, the task force made its move, confronting the man and detaining him before he was able to enter the vehicle and flee.

And while none of the women Vilcek and his team encountered Friday night were juveniles, the team was still excited by the possibility to nab a pimp.

“We will target the traffickers. If we encounter the traffickers, we’re going to do what we can to go after them and stop this problem,’’ Vilcek said.

Unfortunately, not all prostitutes are as willing as Jess to cooperate. Many, like the second woman caught in the hotel, are deeply embedded in the lifestyle and often find themselves unable to break the emotional bonds they have developed with their traffickers.

By 10:30 p.m., the presumed pimp was walking briskly away from the hotel, shouting insults and parrying words with the officers huddled around Vilcek’s unmarked car behind him. Uncharged, he was free to go.

“She identified him as her boyfriend. She thinks that this guy loves her and that they have a relationship, when, in reality, she filled his car up with gas, gave him $25 to drive her up here and essentially what he’s doing is he’s pimping her,’’ Vilcek said, shaking his head.

The woman the officers encountered in the hotel was also in quite different circumstances from Jess, having more than one previous prostitution arrest on her record, the woman was also on methadone while trying to recover from a longstanding heroin addiction.

Alienated from her family and out of resources, it will be a much harder road to recovery for “Phoenix,’’ as the second woman identified herself, but she also avoided charges Friday night, Vilcek said.

“Unfortunately, with the situation being what it is, without her saying, you know, `He’s my pimp,’ there’s not a whole lot that we can do other than discourage the activity and try to get her help,’’ Vilcek said. “She sat down with Maggie, and we kind of had a breakthrough moment, but time will tell with her.’’

The man declined to speak with a reporter when asked for comment.

“I ain’t involved in none of this,’’ the man shouted, waving a hand dismissively as he made his way toward a nearby gas station. “You ain’t gettin’ no interview.’’

In spite of the difficulties in breaking through to some of the people she works with, Henderson said she was dedicated to continuing her work with the victims she comes into contact with through her work with Vilcek, the sheriff’s office and elsewhere.

Henderson remembered one particularly moving experience involving a woman who, struggling with heroin addiction, was picked up in a prostitution sting during another of the FBI’s joint exercises in Frederick County a few weeks ago.

“We got her in for treatment, and she’s now 18 days clean and she’s seeing a therapist and a counselor that we recommended, and she loves him and she intends to go back,’’ Henderson said. “So what we did for her was just kind of line her up for the people who we thought would be best for her and it worked.’’

Among the most pressing and important of the resources Henderson has to offer victims is shelter: a safe place to stay if they suddenly find themselves on their own. Next, Henderson works on other priorities, such as drug and mental health counseling or career advice.

Bit by bit, given enough time, Henderson and others in her role can sometimes break through even the most jaded victims.

“Just seeing their reactions when you’re able to give them the information that they really wanted or needed for a very long time but didn’t know it was there, when they get it, you see this little glimmer of, `Oh my god, I can do this …’’’ Henderson said, her eyes lighting up.

Back at the Independent Hose Company, a little of that optimism seemed to have transferred to Jess, who burst into tears as she turned to hug Henderson for not the first time that eventful night.

When she’d had a chance to collect herself once more, Jess said she was resolved to make sure this was the last run-in she ever has with police – for prostitution or any other crime. Having relied on Henderson to weather the emotional cloudburst following the sting, Jess said she was ready to expand her support network to improve her chances. 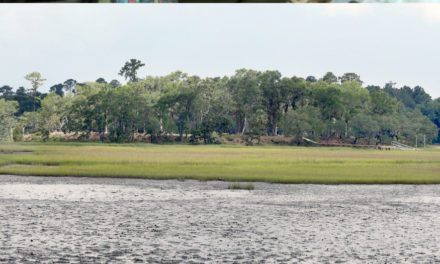 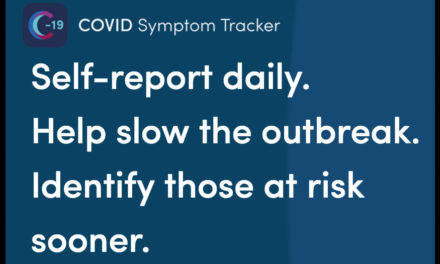