After their victories in the College Football Playoff semifinals, in which they dominated the competition, Alabama and Clemson will play for the national championship on Monday.

The matchup is something we have seen multiple times of late. In fact, this will be the third national championship game in four seasons between Alabama and Clemson, with the two having split their previous showdowns. Each has a 14-0 record, and the winner of the Jan. 7 game will become the first program in college football’s top tier to win 15 games in a season. Making this matchup even more familiar is the fact that the two programs also met in a playoff semifinal just last season. The Crimson Tide beat the Tigers in that game and then went on to defeat Georgia for the title.

I am not sure who will win this time around, but I have a feeling there will be even more playoff matchups between the two schools. Both teams are relatively young and have young quarterbacks. And both, as always, have top-five recruiting classes arriving in 2019.

It has been awhile since two schools have dominated college football like we are seeing with Clemson and Alabama. Still, there are other teams that may break through. Ohio State won the 2014 season national championship. Oklahoma has made the past three semifinals, and it gave Alabama a hard time in the second half of Saturday’s game. Michigan, Notre Dame, Stanford, USC, or LSU could sneak in.

But for now, the winner of the fourth straight Alabama-Clemson game (counting that semifinal) will be the national champion for the fourth straight year. And I think it will be a close one. Just like the two before it. And the one that may follow this one in the next year or two.

The Carolina Panthers 2018 season came to a crashing halt last weekend. The crash actually took place some time ago as a seven game losing skid after getting off to a 6-2 start.

The Panthers ended the skid on Sunday as they topped NFC South Champion New Orleans by a 33-14 count. The victory came against a Saints team that sat most of their regulars as they clinched the NFC’s top seed weeks ago. The victory left Carolina with a 7-9 record heading into what could be an interesting offseason.

The Panthers have several personnel questions to address. The roster is aging and how the team’s front office answers the questions will leave clues if the team is reloading or rebuilding.

The questions center around whether or not to keep aging veterans or move on. Julius Peppers tops this list. The Panthers have not declared their desire for him to return, and sources say the 38 year old defensive end will take a couple of weeks to decide if he wants to return to pass Kevin Greene for third place on the NFL’s all-time sack list.

There are other tough decisions. Outside linebacker Thomas Davis, 35, is among 19 players set to become unrestricted free agents. He wants to return for one more season with the team that selected him in the first round of the 2005 draft. Davis would be a huge loss, as he has been the Panthers’ heart and soul for the past decade.

A decision may have already been made on Devin Funchess. The team’s top receiver over the past two years  was inactive in the finale, a decision head coach Ron Rivera called his “moving forward” because he wanted to see what Mose Frazier could do.

A decision also has to be made on left tackle Matt Kalil, who spent the season on injured reserve. Cutting him would leave $14.7 million in dead money on the table. It also would clear $8 million in salary-cap space for a team that now has $3 million in cap space.

A question that will not be answered prior to the 2019 preseason is the right shoulder of quarterback Cam Newton.  The team or Newton have not released if they are looking at rehab or another surgery.

Newton, the league’s MVP, played hurt during a large segment of the losing streak. Any success this aging team has in the near future rests on the health of his shoulder.

As far as the question of reloading or rebuilding, I see this offseason as a reload if Newton is healthy and a rebuild if his shoulder does not heal. 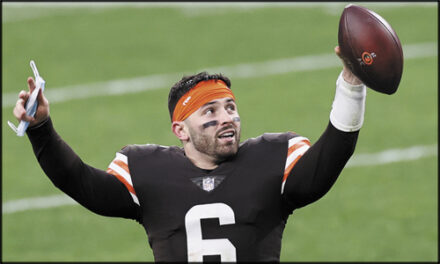 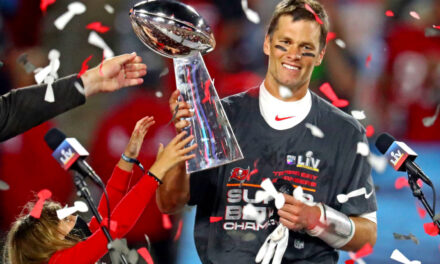