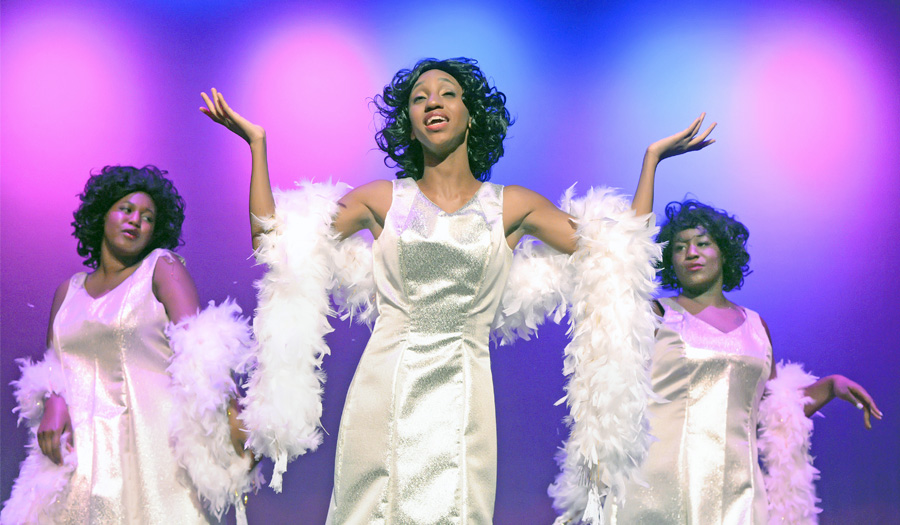 Hickory – Dreamgirls, the exciting R&B musical, begins its 10 performance run this Friday, September 7th at 8:00pm at the Hickory Community Theatre. This is the opening show in the Theatre’s 70th season.

Loosely based on the story of Motown Records, and the rise of all-star acts like The Supremes and James Brown, the Dreamgirls score goes from the early days of R&B into the beginning of the disco era. It was the longest running musical to open during the 1981-1982 Broadway season and the original cast album received a Grammy Award for Best Musical Show Album. The award for Best Female R&B Performance went to Jennifer Holliday, who played Effie White, for the show-stopping number “And I Am Telling You I’m Not Going.”

PHOTO: (L-R) Raynna Dickens is Lorell, Kayla Ferguson is Deena and Dior Jarńae Scott is Effie in Dreamgirls, opening this Friday, September 7th at the Hickory Community Theatre. The smash-hit R&B musical plays in the Jeffers Theatre through September 23rd. Visit www.hickorytheatre.org or call (828) 328-2283 for tickets and information. Photo by Ken Burns. 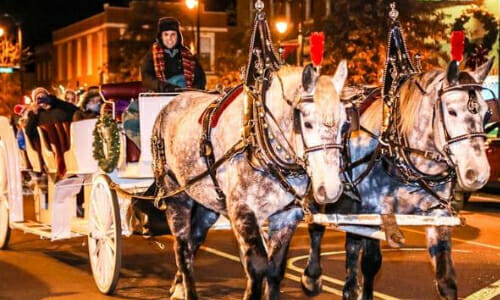