This year’s Art Crawl will kick-off with a Coca-Cola Ghost Mural celebration at 201 W. Broad Street from 4:30 – 5:30 p.m. Coca-Cola Consolidated will be on hand with Coke and Orange Vanilla Coke floats, popcorn, face painting, balloon art and giveaways for guests, first come first served. The community is invited to come out and enjoy this free event while enjoying live music by local musician Karla Kincaid.

In March 2018, DSDC, along with 201 W. Broad Street (occupied by Roots Outdoor NC) property owner, Mr. Brett Powers, approached Coca-Cola Consolidated and the City of Statesville to request the mural’s restoration. Both agreed to the project and engaged local artist, Amber Thompson, to do the restoration.

Artist Amber Thompson is the granddaughter of a sign painter for Coca-Cola who restored many ghost signs for Coke over the years. “He taught me the ropes of sign painting over the summer of 2016 after I graduated college,” said Amber. “Since his passing in May of 2017, Coca-Cola Consolidated has given me the opportunity to continue his legacy by working on several projects for them: a mural in their office lobby, painted table tops, and now restoring this mural in downtown Statesville. Restoring these kinds of murals is such an honor for me. Carrying on my grandfather’s legacy in this way is very special to me and makes it a labor of love.”

After the mural kick-off, attendees can roll right into the Art Crawl festivities where they can stroll through the galleries, shops, and businesses hosting over 75 artists. There are so many unique items in store along the route – jewelry, pottery, acrylic and oil paintings, woodturning, and so much more.

A program/map directing attendees to all the locations and listing all participating artists will be available in advance on Facebook, the Downtown Statesville mobile app and via www.downtownstatesville.com. Printed copies will also be available at each host location.

The City of Statesville will be hosting “Chalk the Hall” with chalk artist Sheryl Lazenby. Sheryl will be creating a surprise visual on the asphalt drive beside of City Hall. She will begin her creation at 10:30 a.m. and continue throughout the day into Art Crawl.

The Community Appearance Commission will introduce a brand-new sculpture in the Statesville Sculpture Garden entitled Blue Cadence by artist, Joseph Sand. This beautiful piece is made of clay, is three sided, and 26” wide by 40” tall.

Parking during the Art Crawl is available on street and in ten public lots throughout the business district. Contact: Downtown Statesville at 704-878-3436 or email: info@downtownstatesvillenc.org. 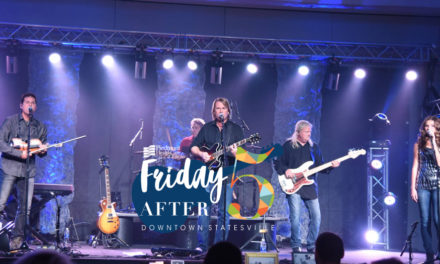 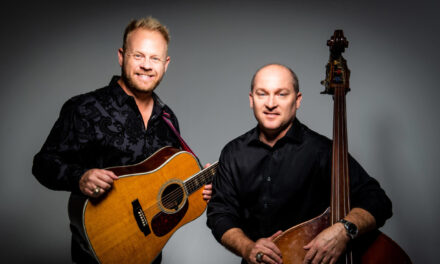