Pigeon Forge, TN (AP) – Dolly Parton’s new Netflix series “Heartstrings“ told a host of stories when it premiered on Nov. 22. One will put the spotlight on Parton’s home and people in the mountains of East Tennessee.

The series debuted on the streaming platform with eight episodes each telling a story based on one of Parton’s songs.

“These Old Bones“ hones in on the mountains, and a woman who predicted Parton’s success when she was a little girl, according to Parton, who spoke about the show during a news conference at Dollywood’s DreamMore Resort on Oct. 28.

“That one is very involved with people I grew up with and my own family about the prophets and kind of having the gift of prophecy, being clairvoyant. My own mother, a lot of my own relatives, an aunt and people back home, and that’s the old bones character (in the show),“ Parton said.

“That was a lady that had kind of predicted in my young years, and I was just a little kid … she said I was anointed, and I was going to do great things, and I asked Momma, ‘What’s that word mean?’ She said, ‘That just means God had his hand on you.’ And so, I feel like he did.“

The story involves a battle over land, and a Tennessee-born lawyer struggles with her role in it.

“A big-city lawyer comes home to Tennessee to convince an alleged ‘witch’ (Old Bones) to sell her land to a mining company. She wrestles with her past and the future of the town,“ the episode synopsis reads.

Parton shows up in a few different ways in “Heartstrings.“ She introduces each episode at Dollywood and also stars in some of them.

The plot of “Jolene“ tells a more fleshed-out version of Parton’s popular hit, where an unexpected friendship blossoms from the two women involved in the song’s iconic love triangle, according to the episode’s synopsis.

Parton serves as Jolene’s mentor in the episode and said she enjoyed starring alongside Hough and Williams-Paisley.

“Getting to act in things like ‘Jolene’ with Julianne Hough was really a wonderful experience, but yeah, it’s fun. I can’t explain it,“ Parton said. “It’s a joyful, fulfilling feeling to see your dreams come true and to see your songs come to life like that on screen. It’s a joy, and I feel very fortunate.“

Parton also stars as the balladeer in the Western “JJ Sneed“ and performs at a wedding in “Two Doors Down,“ according to the “Heartstrings“ trailer.

The first season of “Heartstrings“ features a mix of Parton’s most popular tunes “Jolene“ and “Two Doors Down“ with lesser-known selections like “Cracker Jack,“ a song she wrote about a pet she had.

Parton said she wanted songs that offered a range of emotions and experiences.

“We didn’t want to just take hit songs. I thought it was more important to choose songs that really, each song, all eight of them, had a completely different story,“ she said. “And so, that was more of what it was than anything to pick songs that really did pull at your heartstrings and thus the idea of calling it that, but all these kind of cover a whole array of feelings and emotions.“

If you’re disappointed that other popular Parton hits like “I Will Always Love You“ didn’t make the cut, don’t fret just yet.

Parton said more “Heartstrings“ episodes could come if the show is successful and resonates with people.

“If we continue we may do an ‘I Will Always Love You’ or we may do a ‘Here You Come Again,’ even songs if I didn’t write them, they’re songs that I’m associated with. … I could continue to do that, so we’ll see if this works well. If people take to it, there’s no end to stories and me,“ she said. 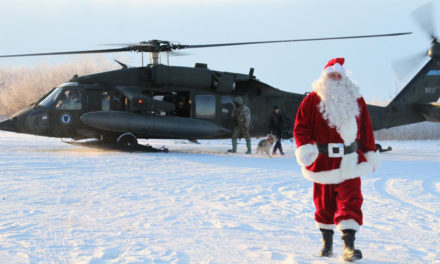 Where Do Rock Gods Go When The Axe Breaks? To Eric Daw