Do You Know How To Respectfully Retire American Flags?

Hickory – Wondering how to properly discard a worn or faded American flag? 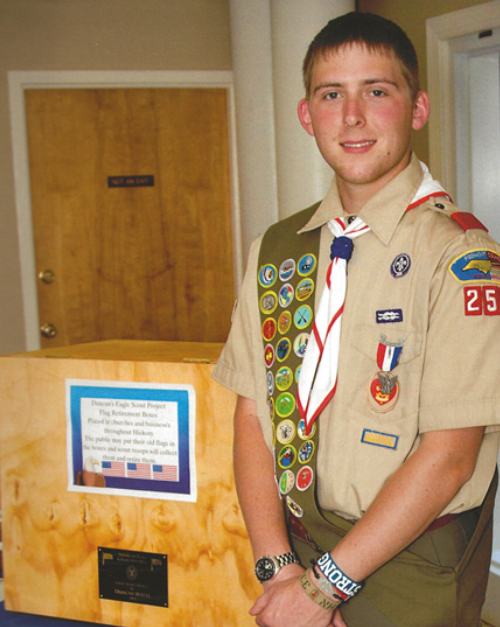 Residents can bring old flags to the Julian G. Whitener Municipal Building (Hickory City Hall) at 76 North Center Street and place them in the collection box located in the atrium.

Once the box is full, American Legion Post 544 of Hickory will take the collected flags and perform an official flag decommissioning ceremony to respectfully retire the flags.

The flag collection box at city hall is one of six boxes built in 2011 by Hickory native Duncan Watts as part of his Eagle Scout project. Watts now serves as a Blackhawk helicopter crew chief with the United States Army.

“The U.S. flag is a revered symbol of our nation. The City of Hickory is proud to partner with the Watts family and American Legion Post 544 to help community members dispose of flags in a dignified manner,” said City Manager Warren Wood.

Photo: Hickory native Duncan Watts stands with a flag collection box he constructed for his Eagle Scout project in 2011. 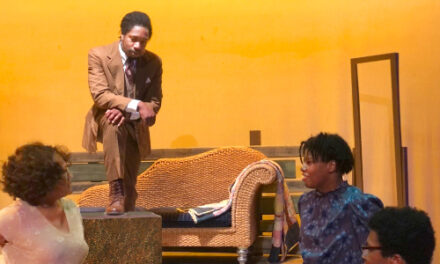 Installation Of Rev. Susan Walker Is Oct. 30, At Emmanuel Church