My respect and admiration for director Brian DePalma has been mentioned more than once in the pages of this publication. I say that because it should be taken into consideration before reading my review of the feature length documentary of the filmmaker’s works that’s now playing in theaters (in Charlotte, at press time -Ed.). It would definitely be correct to assume that I’m more than a bit prejudiced when it comes to the man and his films. So there you have my full disclosure.

Watching DePalma’s films during my formative years proved to be my first awakening to the science of film technique as, up until my initial introduction to the director’s works, I had never given a thought to what goes into the craft of filmmaking. As a teen I watched Blow Out, Carrie, Dressed to Kill and Body Double with rapt attention and first seriously felt the highs that only filmmaking of this level of craft can supply. I was a movie fan before then but it would be correct to state that the cinema of Brian DePalma took me to the next level.

DePalma, the film, is co-directed by Noah Baumbach and Jake Paltrow, two filmmakers who obviously share the same sort of love and affection for DePalma and his six decade body of work that I feel. The basic structure of the film is to just turn the camera on the man and let him reel off anecdotes about all of the 29 films that he’s made during his career. He’s 75 years old now and has lots of great stories to tell involving both his hits and his failures. Of the latter, he’s very forthcoming and critical of his own failings, which is refreshing to see in light of the current state of overinflated egos that currently populate the business. We do get some biographical glimpses into the man behind the camera (most interesting is his strained relationship with his father) and he’s also forthcoming with some occasional gossip, relating stories of Orson Welles’ inability to remember his lines and actor Cliff Robertson’s bullying personality during the making of Obsession, to cite a few examples. The film is also peppered with many clips from the director’s films and part of the giddy kick I got out of the film was seeing them projected on a big screen, having seen them only on the home video front for so many years.

The question that begs to be answered is will the average moviegoer appreciate DePalma? In my estimation the answer is yes. It’s true that most average audience members won’t hang on every word uttered in the film as I did, but there’s certainly enough to be gleaned during the unspooling of the movie that I can definitely recommend the film to a general audience. And, as a bonus, you might just learn something about filmmaking in the process. 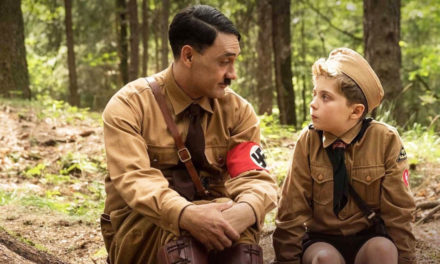