On June 8, 1967, during the six-day Middle East war, 34 American servicemen were killed when Israel attacked the USS Liberty, a Navy intelligence-gathering ship in the Mediterranean Sea. (Israel later said the Liberty had been mistaken for an Egyptian vessel.)

In 1845, Andrew Jackson, seventh president of the United States, died in Nashville, Tennessee.

In 1917, during World War I, Maj. Gen. John J. Pershing, commander of the American Expeditionary Force, arrived in Liverpool, England, while en route to France; also, the 1st Expeditionary Division (later the 1st Infantry Division) was organized at Fort Jay in New York.

In 1920, the Republican National Convention opened in Chicago; its delegates would end up nominating Warren G. Harding for president.

In 1939, Britain’s King George VI and his consort, Queen Elizabeth, arrived in Washington, D.C., where they were received at the White House by President Franklin D. Roosevelt.

In 1953, the U.S. Supreme Court ruled unanimously that restaurants in the District of Columbia could not refuse to serve blacks. Eight tornadoes struck Mic

In 1972, during the Vietnam War, an Associated Press photographer took a picture of a screaming 9-year-old girl, Phan Thi Kim Phuc (fahn thee kihm fook), as she ran naked and severely burned from the scene of a South Vietnamese napalm attack.

In 1987, Fawn Hall began testifying at the Iran-Contra hearings, describing how, as secretary to National Security aide Oliver L. North, she had helped to shred some documents and spirit away others.

In 1995, U.S. Marines rescued Capt. Scott O’Grady, whose F-16C fighter jet had been shot down by Bosnian Serbs on June 2. Mickey Mantle received a liver transplant at a Dallas hospital; however, the baseball great died two months later.

Ten years ago: Defense Secretary Robert Gates announced the Bush administration was replacing Gen. Peter Pace as chairman of the Joint Chiefs of Staff and recommending Adm. Mike Mullen for the job. Mary Winkler, who killed her preacher husband with a shotgun blast to the back as he lay in bed, was sentenced in Selmer, Tennessee, to three years in prison (she ended up serving 67 days in custody, 12 in jail and the rest in a mental health facility). Paris Hilton was sent screaming and crying back to jail after a judge in Los Angeles ruled she had to serve out her sentence for a probation violation behind bars rather than under house arrest. The space shuttle Atlantis blasted off on a mission to the international space station.

Five years ago: President Barack Obama declared “the private sector is doing fine,’’ prompting Republican presidential candidate Mitt Romney to ask, “Is he really that out of touch?’’ (Obama quickly clarified his remarks, saying it was “absolutely clear that the economy is not doing fine.’’) In Cairo, Egypt, a mob of hundreds of men assaulted women holding a march demanding an end to sexual harassment. I’ll Have Another’s bid for the first Triple Crown in 34 years ended when the colt was scratched the day before the Belmont Stakes and retired from racing with a swollen tendon. Kevin Millwood and five Seattle relievers combined on a no-hitter, the third in franchise history, as the Mariners beat the Los Angeles Dodgers 1-0.

One year ago: Indian Prime Minister Narendra Modi (nah-REN’-drah MOH’-dee) told the U.S. Congress that the world’s two largest democracies could anchor stability and prosperity from the Indian Ocean to the Pacific in an aspirational speech that glossed over continuing divisions in the relationship. Maria Sharapova (shah-rah-POH’-vah) was suspended for two years by the International Tennis Federation for testing positive for meldonium at the Australian Open. (The ban, which was backdated to Jan. 26, 2016, was later reduced to 15 months.) Tim McGraw ended Carrie Underwood’s four-year-winning streak for the top prize at the 2016 CMT Music Awards in Nashville with his music video for “Humble and Kind.’’

Thought for Today: “When we begin to take our failures non-seriously, it means we are ceasing to be afraid of them.’’ _ Katherine Mansfield, New Zealander author (1888-1923). 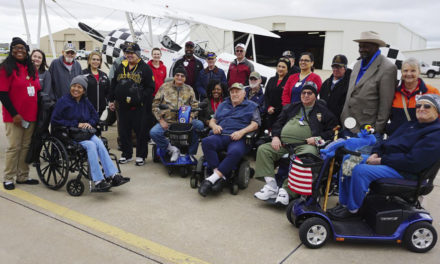 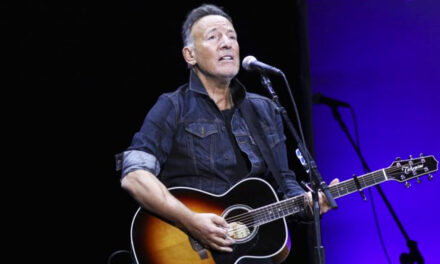