It is just before dawn on the morning of July 16, 2019. The dim light of early morning illuminates long dead fluorescents dangling overhead. Pain shoots through my back and limbs in protest of the previous night’s sleeping arrangements. The physical arguments are soon quelled, motivated by the promise that this will all come to an end today.

Shortly after everything went to hell two years ago, with three quarters of the population dead or devoured, co-workers, cohorts, collaborators, close friends and myself inhabited and transformed a factory into a secure compound. We have electricity, running water, a stockpile of foodstuffs and all the creature comforts one could imagine. So why do I find myself 500 miles away, curled up in a booth, barricaded inside a Wendy’s in Pennsylvania? One word—HOPE!

A few weeks ago we had rescued a small bedraggled group of former military scientists. They were on a hopeless mission to track down and obtain a DNA sample from patient zero—the one who started it all. Their theory was that if they could obtain said sample they could perhaps find a cure for, or at least develop a vaccine against, the deadly solarium virus. Sadly they were more scientist than military and thus didn’t have much of a chance in an undead world. Still if there was any remote chance of a cure someone needed to go. Lucky me I’m “that guy” — that someone who always ends up going because somebody has to. It was decided I should leave a.s.a.p., summer would soon be gone; the season of the witch would quickly pass and as winter set in such ventures would be nigh impossible.

My quest began in Toronto, Ontario, which led to disappointment and an empty grave, a literal dead end. The next destination on my possibilities list was back in the States, at Pennsylvania’s Monroeville Mall. After a short, uneventful drive three days were spent scouring the mall and surrounding area.  Most of it was spent dodging a gang of Knightriders, armed with a lot of false bravado and ego these post-apocalyptic biker gangs ride around hunting walkers. Trying to save the world one reanimated corpse at a time. They’re stupid and dangerous and…and I wonder if there’s anything left over in the Frosty machine?

Hmmm nothing in the chocolate side but there’s always vanilla. That and some very old crisp fries will have to do for breakfast…I’ll have to throw that back up later. Suddenly there’s a lot of noise coming from the dark half of the building. Peering between the barricade through the plexi-glass, it appears the crazies are out early this morning. It’s a regular creepshow out there looking like something from www.peopleofwalmart.com. These people are very much alive and very much stupid, noisily attempting to scavenge these empty buildings like maggots feeding off the corpse of the old world. Their actions and volume will bring every brain-muncher for miles. These poor fools have contributed to the continued survival of the dead, providing fresh food and adding themselves to the 3/4 of the population. Maybe I should keep a diary of the dead for posterity’s sake and note the human races ignorance for future generations. But no time for that now, they’re almost inside; luckily I parked in the drive through.

Moments later I’m back on the road and just 42 miles away from my final destination. Should be there in about an hour unless there’s some unforeseen delay…which would be the walking dead hoard now blocking the highway. This may take a while. And it does, so it is dusk before the winding gravel road leading to the Evans City Cemetery is reached.

Parking next to the dilapidated cemetery chapel, exiting the vehicle, cautiously entering the graveyard where this all truly started. A chilling wind whips between the stones “I’m coming to get you Barbara!” it seems to say. Passing a large stone with BLAIR engraved on it, the cemetery proper is reached. Up ahead stands a tall stone marked Nicholas Kramer FEB 18 1842 MAR 17 1917, and leaning against it is my quarry. Two evil eyes peer at me through the semi-darkness.There he is… patient zero… the father of the zombie apocalypse.

So it comes down to this: a quick shot to the head, collect the sample and…crap no bullets, must have used them all on the zombie hoard. He moves away from the stone and begins to stagger forward. That’s OK, there’s still my trusty…Ack chainsaw’s out of gas and…speaking of gas…was that my stomach? He lurches closer. Guess I can just brain him with…oh I don’t feel so good. He lunges and is met full in the face with projectile vomit. Knew that would come up sooner or later. Patient zero is momentarily stunned, his arms droop, his eyes flutter and he drops truly dead. As it turns out the chemical components of spoiled vanilla Frosties, mixed with rotten potatoes and a little stomach bile was the perfect countermeasure for the zombie virus. Though getting people to take it is very difficult. Later, once our scientists were done doing their science stuff, it seemed only proper to inter the remains of the man who had started it all: Rest in peace Mr. Romero.

In case you haven’t figured it out by the title, text or photo, this week’s column is a tribute to George A. Romero, the godfather of the modern zombie film. Throughout the column the underlined texts are some of the many film titles this pioneer of horror produced. He continues, through his work, to inspire those of us wading through the blood, gut and brain filled trenches of the zombie genre. Thank you Mr. Romero for making getting killed, coming back to life and getting killed again so damned cool!

NOTE: The opening graveyard scene from Night of the Living Dead (1968) was filmed in the Evans City Cemetery. Pennsylvania’s Monroeville Mall was the film location for (1978). 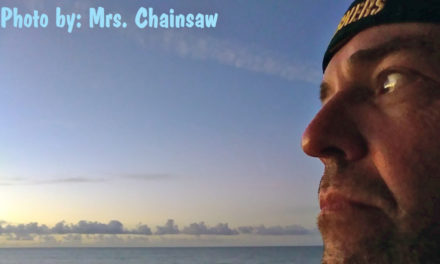 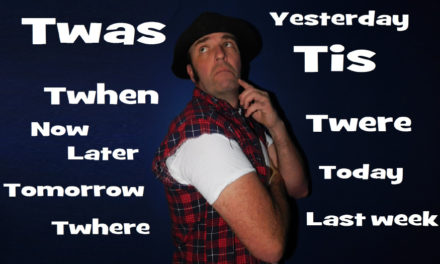