The new documentary, David Crosby: Remember My Name, is an extraordinarily assembled portrait of one of the most important musical voices of the 60s and is one of the better experiences I’ve had with a theatrical release this year. Regardless of your musical tastes or political persuasion, Crosby has always been unapologetically ultra liberal and it’s worth noting, the film serves as an exemplary piece of documentary filmmaking and a fitting encapsulation of its subject’s life and times.

The film works on two levels. First it serves to give the viewer an intimate look at the musical scene of the late sixties and its importance and relation to our current culture. The music of Crosby and his contemporaries came from a time when music could literally change the way the world was viewed and enlighten those in the dark to society’s ills. That, of course, doesn’t happen as much in these modern times and for that reason there’s a bittersweet and wistful feel that permeates throughout the film. In one profound scene, Crosby is asked if, given the choice, would he have settled for a stable home life in place of a life not filled with the music he’s made in his lifetime. His answer is a resounding no.

The second and best level the film works on is that of a portrait of a man in deep regret during the final act of his life. Crosby is now 78 years old. He has a transplanted liver and eight stints in his heart keeping him alive at this point. He candidly expresses a wish that he’d taken better care of himself and acknowledges that he’s well aware the end is near and it’s only a question of whether he’ll return home again each time he goes out on another tour. Still, the bills must be paid and the show must go on and Crosby does what he feels he must for both of those reasons. His wife tearfully relates her feelings about what life will be like for her when the inevitable end does arrive.

There’s lots of historical footage in the film both musically and otherwise. Crosby also provides candid narration and insights about the people closest to him, both personally and professionally. He talks openly about his relationship with fellow musician Joni Mitchell and the tragedy of losing the love of his life in a tragic car crash in her early twenties. He also doesn’t shy away from the fact that he’s alienated his fellow bandmates Graham Nash, Neil Young and Stephen Stills, and that they may never make music together again. It almost seems as if he’s pleading for a chance to mend fences with his fellow comrades and it comes across as a confessional. Maybe the film can serve as a catalyst for a happy ending on that front as well. My fingers are firmly crossed. 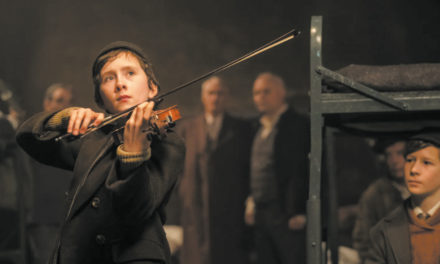 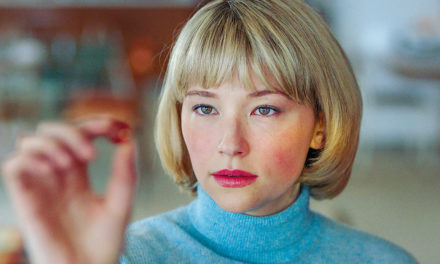