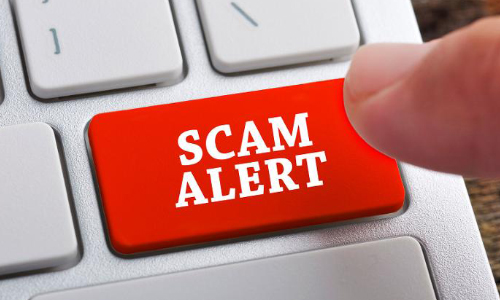 Camden, NJ (AP) — A New Jersey man who has twice served prison terms for using dating services to defraud women is facing more time after a recent escape from custody.

Patrick Giblin made an initial court appearance by videoconference on Monday in federal court in Camden. The 56-year-old had been a fugitive since last July until his capture last week in Atlantic City.

A message was left with an attorney representing Giblin.

According to a criminal complaint, Giblin had been approved to travel from federal prison in Lewisburg, Pennsylvania, to a halfway house in Newark where he would finish serving his latest prison term, a five-year sentence for defrauding multiple women.

Giblin was approved to fly from Harrisburg, Pennsylvania, to Newark with a stopover in North Carolina. According to the complaint, prison personnel accompanied Giblin to the Harrisburg airport and watched him get on the plane. He never showed up in Newark, however, and was declared a fugitive.

It wasn’t the first time Giblin had slipped away from authorities, according to court records. He was arrested in upstate New York in 2014 for violating terms of his supervised release after serving several years in prison for wire fraud in connection with a dating service scam.

According to court records from his 2017 sentencing, Giblin posted ads on telephone dating services throughout the country from January 2013 to December 2014. He sought to lure women into relationships and would then ask them for loans that he did not intend to repay, prosecutors said. He victimized more than 10 women in various states.

Giblin would tell the women he wanted a relationship and needed a loan to relocate to their area, prosecutors said. He would then have his victims wire him money or have them transfer money onto a payroll/debit card that he used. Prosecutors said he used some of that money to buy cellphone minutes so he could defraud more women.