Hudson, FL (AP) – A Florida deputy was caught on video politely pursuing a four-legged suspect on a busy road.

Pasco County Sheriff’s Cpl. Art Madden on Wednesday spotted a chestnut-and-white horse galloping in and out of traffic on a road north of Tampa. Rolling down his law enforcement vehicle’s window, he asked the animal to “please stop.’’ He also made kissy noises, to no avail.

According to authorities, he was able to herd the animal into a nearby housing development, and the mare finally came to a stop. Madden exited his cruiser and approached, only to have her run off again.

The horse eventually stopped a second time, and that’s when Madden threw his arms around her neck.

The horse’s owner, who had reported the animal missing, arrived and took it away unharmed. 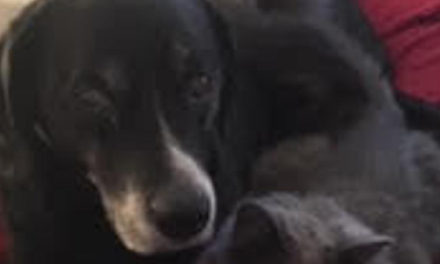