Before we begin, a serious moment of reverent silence. It seems ironically coincidental and perhaps fitting that immediately following the blockbuster box office success of DC Comics Wonder Woman that Batman should pass from this world into the next, with Diana Prince taking up the reigns of DC’s theatrical lead which Bruce Wayne has held for so very long. We are of course speaking of the death of beloved actor Adam West (September 19, 1928 – June 9, 2017). Widely known for his role as Batman in the 1960s ABC series of the same name and its 1966 theatrical feature film. West said that he played Batman “for laughs, but in order to do [that], one had to never think it was funny. You just had to pull on that cowl and believe that no one would recognize you.” You played your role well Mr. West; it is sad we will never see you again at the same bat-time same bat-channel. The timing of Adam West’s passage also seems ironic because for most of us our first real Batman was our dad.

“So… how’s it going?” [Silence] “Sorry I haven’t been by in a while or that often… I don’t get out much.” [Silence] “Been really busy ya know, working and taking care of stuff around the house… you know how that goes,” [Silence] “finally got a promotion at work! Yeah it’s still in furniture, but it’s a desk job, programming CNC routers. There’s a little more money in it and it’s easier as I’m getting older, I suppose. They had to send me for training in Cincinnati. I drove cuz you know flying is scary. Reminded me of all the trips we used to take when I was a kid.” [Silence]  “Oh and I’m still writing too… it’s happening right now…”

“Speaking of kids—there’s another one running around the house now. No he’s not mine… well he is but not by birth. He’s actually my first grandchild, his name’s Gabriel but we call him Gabe or Tot and he calls me Pappy… just like his mother used to call you.” [Silence] “Really wish you could meet him… you’d love him and I’m sure the feeling would be mutual.” [Silence] “I’ve got a granddaughter too; though I don’t see her very much… yeah that situation is strained and awkward. Actually we’ve all got grand-kids now… how could you… no… it’s not your fault. Still I wish you could see them all.” [Silence]

“Mom misses you like we all do. She’s still a beautiful bundle of sunshine, going non-stop from dawn to dusk. But some days she seems lost and alone without you there to share the day. Don’t worry we all pitch in to help her out and I’m right next door if she needs anything. Though to be honest you’ve left some mighty big, not to mention numerous pairs, of shoes to fill. And though we try to do just that we will never be able to walk as well as you did in them.” [Silence]

Sigh, “Oh and I’m still married…yes to the same girl and I still love her dearly. Glad you were able to be there… for the wedding that is. S’funny it’s the only one you got to see and it’s the only one that’s lasted- it’ll be 7 years this July. There’s something to be said for irony there I suppose. Sorry I couldn’t get it right the first couple of times.” [Silence]

“Actually I’m sorry for a lot of things. I know I was never what you wanted or expected. Seriously, compared to the rest I’m like a foreign alien species. Well aware that I was a disappointment on so many levels… but I try. You were a potter with a runny lump of clay trying to make a Picasso and ended up with a warped ashtray… but it was a really neat ashtray. Not your fault, you did the best with what you had to work with, I’d like to think that there, towards the end (and maybe sometimes in the middle) you actually got me. That’s what I’ll think not because it’s easier or happier for memories sake but because it seems true.” [Silence]

“Well I’m going to go now- places to go, things to do and not a lot left to say. I would say I’ll try to make it by more often or that I’ll see you soon but I can’t and I won’t, at least not too soon.” [Silence]  “Happy Father’s Day Dad!” 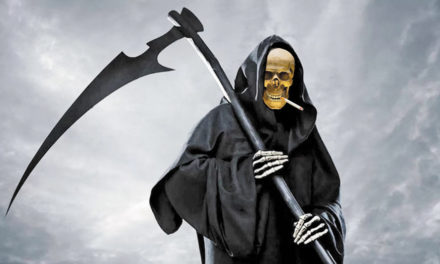 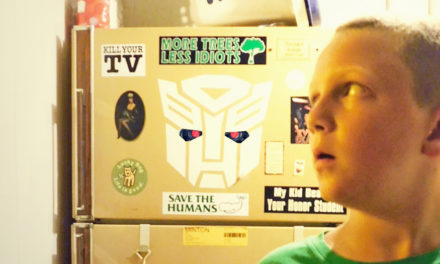