Conover, NC – On Friday, June 21, join Conover Alive as they welcome Tuesday’s Gone & Dreams – A celebration to the music of the Allman Brothers, to the stage at the Norman B. Amphitheater at Conover City Park starting at 7pm.

Conover Alive is free to attend. Beer and food will be available for purchase. A portion of the proceeds raised will benefit Catawba County Meals on Wheels.

Tuesday’s Gone – The Ultimate Tribute to Lynyrd Skynyrd formed in 2005 in Raleigh, NC. They are dedicated to reproducing the original sound of one of the greatest and most legendary bands of all time. For Tuesday’s Gone, it’s much more than just performing the music. They are the absolute closest you could hope to see and hear paying tribute to the legacy of one of the most respected, loved, and missed bands of all time. From the signature Skynyrd sound, to the sheer raw power that the original band possessed, to the unmistakable look that they had, Tuesday’s Gone has every base covered.

Over the course of over a decade of touring Tuesday’s Gone have performed live at many of the premier venues in the country (The House Of Blues, The Filmore, The Ritz), casinos (The Golden Nugget, Maryland Live! Casino, Rocky Gap Casino Resort, Sugarhouse Casino Philadelphia), & major events such as the “NC Azalea Festival”, “Sandstock Festival”, “Budweiser Block Party / Charlotte Motor Speedway”, in addition to countless bike weeks and festivals.

Dreams – A celebration to the music of the Allman Brothers, is the brainchild of guitarist Jonathan Birchfield and bassist Rob Macwilliams. Both residing in the foothills of North Carolina. Rob and JB grew up listening to and cutting their musical teeth on the Southern Rock, Jam Bands of their childhood. The Marshall Tucker Band, Atlanta Rhythm Section, and Lynyrd Skynyrd were just some of the other bands that influenced Macwilliams and Birchfield. But it was The Allman Brothers Band that hit a perfect harmony with Rob and JB. It was just natural that they form a band with the best musicians in the area to pay homage to their heroes. The band Dreams plays the music of the Allman Brothers Band and combines talented musicians from the Hickory and Charlotte areas of North Carolina

Soulful Vocals. Immaculate Twin Guitars, and a Certified Rhythm section with 2 drummers, bass and organ, that is as close to the real deal as you can get. Dreams is a force to be reckoned with. No drum machines, loopers, backing tracks, or harmony pedals. This band is 100%, grade A authentic! Keeping in the Allman Brothers style this group of musicians pay attention to the smallest of details, spare nothing and leaving it all on the stage.

For more information about the Greater Hickory Jaycees or Conover Alive, contact us on Facebook @ConoverAlive, or e-mail hickoryjaycee@yahoo.com.
Tuesday’s Gone 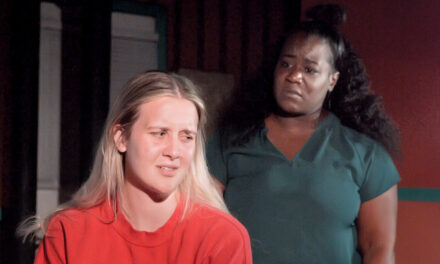 Free Screening Of To Joey, With Love, Register For Dinner By 7/26