By Anna Marie Lux
The Janesville Gazette
Janesville, WI (AP) – After 24 years of marriage, Jean Lademann had three days to grieve the loss of her husband before returning to work.

“Society has so many expectations of you,’’ she said to The Janesville Gazette . “You may look OK on the outside, but you are not doing well on the inside.’’

Married for 29 years, Twila Claas recalled how her family and friends were wonderful after her husband died when she was 50.

“But it’s difficult for your children to grasp the loneliness,’’ she said. “It can be crippling.’’

Karla Simpson remembered the first time she had to check marital status on a form after her husband died.

All three women have shared their stories at the Modern Widows Club, Janesville Chapter, where they know other widows will understand.

But the group goes beyond a sympathetic ear.

The Modern Widows Club is designed to help widows regain a sense of self and lean into life with dignity and confidence.

Lademann, Claas and Simpson are co-leaders who want to help other widows build resilience and find their way to bright futures.

Instead, the club focuses on helping widows see a future for themselves and make a difference in the world.

“We are trying to empower women to move on,’’ Lademann said.

Since Annette Vogel Cox started a Janesville chapter in 2014, the group has become a lifeline for many widows. About 80 people are on the roster, and they range in age from 29 to 80-plus. One woman was widowed 17 years ago and another became a widow a couple of months ago. Members come from as far away as Madison, Delavan and Rockford, Illinois, to meet in Janesville.

Each month, they watch a short video provided by the national founder of the group, Carolyn Moor, who is based in Florida. Her husband died in a hit-and-run car accident in 2000, when she was 37.

Videos are designed to spark discussion and positive energy. The women will soon watch a video about possibilities in 2019.

Widows in the club also can access the chapter’s private Facebook page and attend get-togethers for dinner and coffee.

Moor named the group “Modern’’ Widows Club to show that it relates to “right now’’ and the “present moment’’ in a widow’s life, she said.

Women of all ages, beliefs, situations and geographical locations come together in the organization, which has chapters nationwide.

“There is a belonging for every woman at Modern Widows Club,’’ Moor said. “It is all about understanding that we need to be there for women …’’

The club offers support at a critical time. Loss of a spouse is the No. 1 most stressful life event, according to the Holmes-Rahe Stress Inventory, a tool that helps people measure their stress load.

In addition, a widow might experience loss of income, intimacy, confidence, faith, identity and a general sense of security.

According to the U.S. Census Bureau and 2015 World Widows Report, 70 percent of all married women will face widowhood in their lifetimes. Women live an average of 15 years longer than their partners. Almost 50 percent of U.S. widows have household incomes in the past 12 months of less than $25,000. Few services and programs exist to help widows overcome their complex social, economic and emotional hardships.

“We embrace the grief,’’ Moor said. “But mostly, we are focused on the growth and potential empowerment in widowhood.’’ 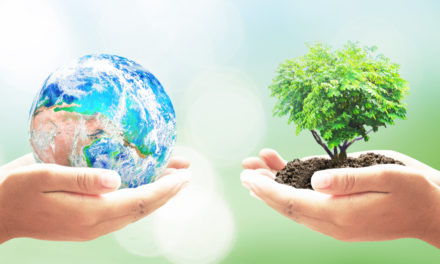