Fort Lauderdale, FL (AP) – While many people view South Florida’s invasive iguana population as an annoyance at best and a pandemic at worst, Ishmeal Asson sees something else: lunch.

The Fort Lauderdale resident and native Trinidadian considers eating iguanas to be a way of life. Growing up, Asson learned to roast the island critters at roadside and backyard gatherings. Iguana is a staple in the Caribbean, where the reptiles are a native species and are known as “pollo de los arboles,’’ or chicken of the trees. Their meat contains more protein than chicken, and members of some cultures believe it has medicinal properties.

In South Florida, Asson is hardly alone in his taste for cooked iguana. He has more than a dozen friends who eat the animal, and they frequently hunt them using nets, snares and traps. “We are having a cookout this weekend,’’ he said.

Asson said he and his friends use a traditional method of preparing iguana. “First, we cut off the head, then roast (the body) on the fire. You have to roast it with the skin on because it’s easier to take the skin off once it’s roasted,’’ he said. “Then, we cut it up into pieces and season it with a lot of fresh produce like chives and onions. I love to season it with curry and hot pepper, too. It tastes like chicken.’’

As someone who has eaten iguanas his entire life, Asson still finds humor in eating the prehistoric-looking reptiles. “I prefer to eat it with the skin on,’’ he said, “because then I know what I’m eating. It kind of gives you a sense of humor, like, `This is iguana,’ you know?’’

While Asson and other South Florida iguana lovers can nab the lizards for free and with little difficulty, their peers in other states order iguana meat from companies such as Exotic Meat Markets. Anshu Pathak, owner of the California-based company, told the South Florida Sun Sentinel that he imports 10,000 pounds of iguana a month from Florida trappers.

He said that his company, which sells such items as lion steak and raccoon sausage, is helping to control the iguana population.

“I am making iguana sausages, hot dogs, iguana burgers,’’ Pathak said. “I am trying to do anything and everything to make them palatable to the public. The industry is only growing.’’

He said he sells the meat to customers and restaurants across the United States, offering boneless meat for $59.99 per pound and whole, skin-on iguana for $49.99.

Pathak said he used to import iguanas from Puerto Rico, but now gets them from trappers in Florida. He said that trappers sometimes send the reptiles frozen, but mostly transport them alive and by airplane.

“A lot of my customers want them whole, with guts in,’’ he said.

Pathak said his facility has been approved by the U.S. Food and Drug Administration. When he receives live iguanas, he said, he puts them in a freezer to kill them.

The FDA did not respond to inquiries about the consumption and commercialization of iguana meat.

Selling iguanas requires a Florida wildlife license, though a permit is not needed to possess one, according to Robert Klepper, law-enforcement media spokesman for the Florida Fish and Wildlife Commission. There is no prohibition on who can buy an iguana, Klepper said.

Brian Wood, owner of All American Gator, an alligator-processing and iguana-trapping company in Hollywood, is avidly searching for a market for his trapped iguanas. Wood said he captures more than a thousand of the creatures a month.

“I feel bad just killing them and wasting it, so I started keeping them,’’ he said.

Now, more than a thousand of the lizards live on his iguana farm in LaBelle, in Hendry County. Because he captures so many, Wood said he feeds some to his alligators and turns others into wallets.

“With the number of iguanas I catch, I could make a fortune off selling them if I could find a market,’’ Wood said. “When I first started selling alligator, people asked, `Who would eat alligator?’ Now, I sell 80,000 pounds of it a year.’’

Florida isn’t the only place where the lizards run rampant. Green iguanas began to take over Puerto Rico in the early 2000s, undermining roadways, chomping on native plants and harassing islanders. It was when they started obliterating the island’s crops that residents asked the government for help.

A bounty of up to $6 per pound was placed on the creatures’ heads. Similar to Florida’s python hunt, the Puerto Rican government issued permits in 2012 for private companies to legally hunt iguanas, said Daniel Galan-Kercado, who was secretary of Natural Resources for Puerto Rico at the time.

“It was very effective in the first two years. They were capturing maybe 200 to 300 per week,’’ Galan-Kercado said.

Private entities paid hunters for iguanas and then processed and exported the meat to the United States, Central America and Asia, he said. Some Puerto Ricans also started farming iguana, and it became a significant industry.

Commercializing iguana provided an answer for Puerto Rico, but so far, no iguana-export industry operates in Florida. Moreover, the reptile is far from appearing on most Floridians’ dinner tables.

“You just have to try it, though,’’ said Brittany Peters, who during a recent trip to South Florida made an iguana-inspired meal for the first time.

With no experience cooking the beasties, Peters went with a simpler route than roasting the meat over an open flame – she made burritos. Peters shot two green iguanas in the Keys, then skinned, boiled and sautéed the meat at her relatives’ home in Fort Lauderdale.

She boiled the skinned body for about an hour, then picked off the tender meat. She added a chili-lime seasoning from Trader Joe’s before sautéing it with onions.

(A note of caution to veteran and would-be iguana eaters: Although it is illegal to do so, nuisance iguanas are occasionally poisoned. Before biting into iguana meat, make sure it does not contain any poisons or other harmful substances.)

As an avid hunter, Peters lets none of the animals she kills go to waste. “If you’re going to participate in killing them, (iguana) is good enough, healthy enough and tasty enough that you should absolutely take the time to cook it, too,’’ Peters said.

Overall, she gives her recipe three stars, but only because she’s not a chef. “With some classes, I think I could get it to taste even better,’’ she said. 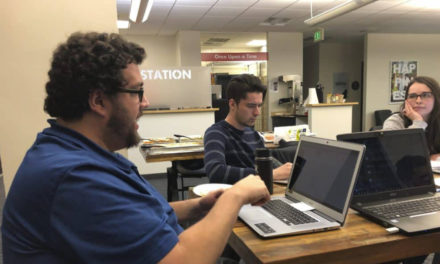 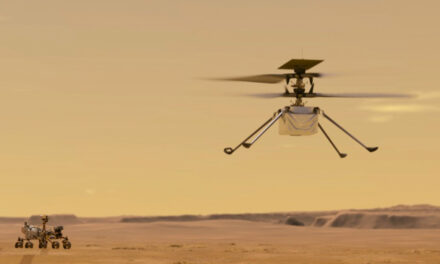