Parity is a bi-product of the NFL these days. Things can change rapidly for a franchise. The Carolina Panthers are attempting to buck the trend by putting together a stretch of winning seasons. Parity in the league is primarily due to difficulties in constructing a roster in the salary-cap era. Sacrifices have to be made as teams simply can’t pay every player what they are worth on the open market. Case in point for Carolina during the offseason was its top cornerback, Josh Norman. The Panthers could not afford to pay the talented defender. As a result, the biggest question mark facing Carolina is the pass defense within its secondary. I will come back to that later. There may not be a more important player to his team than Cam Newton is to the Panthers. Newton came into his own last season and carried the franchise on his back to the Super Bowl. Newton is a true dual-threat quarterback, and was unstoppable at times last season en-route to a MVP campaign. Not only did Newton have his best season throwing the ball, he rushed the ball for 636 yards. He actually finished second on the team in rushing attempts and yards. Newton will enjoy the return of Kelvin Benjamin to the wide receiver corps. If Benjamin can return to his rookie form in 2014, maybe Newton will not have to run the ball as much. Then again, his rushing skills are what sets him apart from other signal callers.

Jonathan Stewart is back to lead the running backs. He is a productive runner between the 20 yard lines and it is vital that he stays healthy. Newton usually takes over the running attack in the red zone as evidenced by his 10 rushing touchdowns in 2015. Reserves Cameron Artis-Payne and Fozzy Whittaker both averaged over four yards per carry during their limited time on the field. The receiver group will be stronger with the return of Benjamin. In 2014, a healthy Benjamin recorded 1,116 yards and 11 touchdowns. The impact of Benjamin’s return is more than simply providing another target for Newton. It will also give the passing attack more balance and that will benefit the offense as a whole.

Having Benjamin on the field should free up more space for tight end Greg Olsen, Newton’s favorite target. The emergence of Newton coincided with the offensive line becoming one of the best groups in the league. Carolina is committed to the run and use it to set up Newton’s passing. Stewart and Newton run behind a talented offensive line featuring center Ryan Kalil, guards Andrew Norwell and Trai Turner along with tackles Michael Oher and Mike Remmers. The Panthers defense will rely heavily on their front seven.

Carolina has built a front seven featuring speed and more speed. It is clearly one of the top groups in the NFL. I found this stat and was amazed. In 2015, when the Panthers were in base defense, they stopped a league-leading 34.0 percent of run plays for no gain or a loss. That sets up a bunch of second and longs. Kawann Short emerged as one of the best defensive tackles in the league last year. If Kony Ealy plays anything like he did in the playoffs, as he became a playmaker.

The Panthers’ linebacker corps of Luke Kuechly, Thomas Davis, and Shaq Thompson is the best coverage unit in the league. Head coach Ron Rivera is hoping the front seven can cover up any deficiencies the defensive backs exhibit. The secondary became depleted this offseason due to the release of Josh Norman and the retirement of Charles Tillman. Carolina did draft three defensive backs and it will be interesting to see who, if anyone, can replace Norman.

The key for the Panthers will be to minimize the negative impact of their losses and protect the young players. The success of the Panthers’ 2016 season, however, will largely hinge on how well these young secondary players can replace some of the lost production of Norman and Tillman. History tells us it is very difficult to return to a Super Bowl. Yet, I can see Carolina making another run at it. The offense will be better and it always helps to have the best player on the field. Cam Newton. I have not spent time of late asking where former star athletes are now. But I saw this a while back and have to share it with you.

If you wondered what happened to Vince Young, here you go. He is bankrupt. Remember the 2006 Rose Bowl? Young put together the greatest individual performance in college football history, leading his Texas Longhorns past the highly favored USC Trojans 41-38. He was selected in the 1st-round of the 2006 NFL draft and was named NFL Rookie of the Year. After his successful rookie season, Young’s career fell apart. In 2014, he filed for bankruptcy, claiming assets less than $1 million and at least $10 million in debt. Young earned $34 million during his six NFL seasons. I wonder where all the money went? If you are looking for a positive spin on this story, he did help the economy. 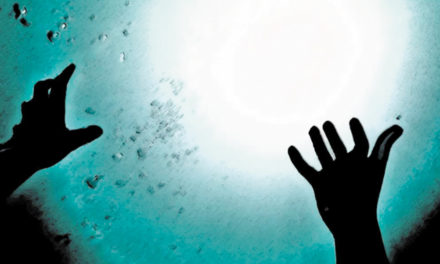