It seems like the talk of John Calipari to the NBA surfaces annually during the college basketball offseason.  All it takes is one rumor of a NBA job and Kentucky fans start getting anxious. What always happens is that Calipari eventually declares his intentions to stay in Lexington with the Wildcats.

The rumor mill this summer centers around the New York Knicks. The Knicks have an opening as team president and there have been reports that Calipari had a acquaintance inquire about the vacancy. Calipari, as coaches always do, denied the report while saying he loves his current job.

In the current age of NBA basketball, Calipari may actually succeed this time around if he returns to the pro game.

Free agency now leads to players grouping themselves on teams. The teams they end up gravitating to usually have strong personalities at the top. Execs like Magic Johnson with the Los Angeles Lakers and Pat Riley of the Miami Heat.

Calipari would fit this mold and there is a strong chance many of his UK players would reunite with him at the next level.  Think about it. There are many former Kentucky Wildcats, Anthony Davis, DeMarcus Cousins, Karl Anthony-Towns, John Wall, Devin Booker, that could come together and create the next superteam in the NBA. And Calipari could make that happen.

But does Calipari really want to give the NBA another try? His current contract runs through 2024, but the deal does not include a buyout. So Calipari could resign and take an NBA job without owing the school a cent. Not many coaches get a deal like that so one has to think he still has the NBA on his mind. Even though he has been quoted a lot recently saying he would not consider a move while his son, sophomore walk-on Brad Calipari, is on the roster.

Here are some items possibly running through Calipari’s mind.

I already mentioned the potential that Calipari could get all his great college players to rejoin him. And we would do so while making more money.  He is closing in on $8 million per season. But the Knicks paid Phil Jackson $12 million per year before letting him go. The Minnesota Timberwolves pay Tom Thibodeau nearly $10 million per year to run and coach the team. Gregg Popovich makes $11 million per year in the same role for the San Antonio Spurs.

I would not rule out Calipari wanting a second chance at the NBA to make it right in his mind. At the collegiate level, he has won 78 percent of his games as a head coach at UMass, Memphis and Kentucky.  In the NBA, however, the New Jersey Nets fired Calipari after a 3-17 start to the 1998-99 season. It was his third and last year in the NBA, a stretch that featured a lone playoff appearance in 1997-98. You have to wonder if a coach who has achieved everything at the collegiate level wishes for a second chance in the NBA.

I would think Calipari also has many reasons to stay put at Kentucky. He is dominating at the college level and seems to get any recruit he wants. There is not any reason to think this will change.  Which means Calipari will continue to win. And be loved by Wildcats fans. Such adoration is rarely found in the NBA. He has the best job in college basketball right now. He can win multiple titles before he retires. Why leave?

What’s Up With The Cubs?

The Chicago Cubs ended the jinx last fall and it was thought that perhaps a dynasty has been born. But the Cubs are struggling this season. The defending World Series champs have fallen far below expectations, and entered the current All Star break with a 43-45 record. They are fortunate that they are only sitting 4.5 games behind the first-place Milwaukee Brewers in the National League Central.

In all likelihood the Cubs will find a way to turn things around and be competitive down the stretch. That team is simply too talented to not improve on its current level of play. But there is also the chance that this roster is suffering a serious World Series hangover. 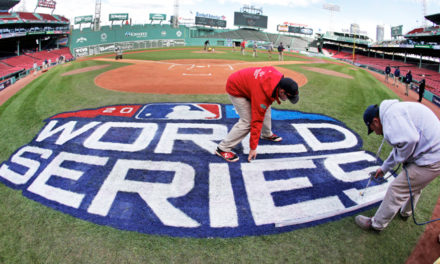