Lincolnton, NC – Boger City United Methodist Church has scheduled a All Saint’s Day Service on  Tuesday, November 1st at 7:00 p.m. in their sanctuary located at 2320 East Main Street in Lincolnton.

All Saint’s Day was formally started by Pope Boniface IV, who consecrated the Pantheon at Rome to the Virgin Mary and all the Martyrs on May 13, 609 A.D., the current day of November 1st was instituted by Pope Gregory III ( 731-741), when he consecrated a chapel to all the martyrs in St. Peter’s Basilica in Rome. Pope Gregory IV ( 827-844) extended the feast to entire Church and ordered it to be celebrated on November 1st. Today, several western Christian denominations celebrate All Saint’s Day on November 1st including the Roman Catholics, Anglicans, United Methodist, Lutherans, and other Protestant Churches.  This solemn holy day is celebrated annually and dedicated to remember loved-ones lost during the past year.

The vigil or eve of the feast, October 31, is commonly known as All Hallows Eve, or Halloween. Despite concerns among some Christians (including some Catholics) in recent years about the “pagan origins” of Halloween. The vigil was celebrated from the beginning—long before Irish practices, stripped of their pagan origins (just as the Christmas tree was stripped of similar connotations), were incorporated into popular celebrations of the feast.

Anyone who lost a loved-one due to death are welcomed and  encouraged to attend BCUMC’s All Saint Day Service on November 1st. If you would like to  your loved-one’s name and picture to be included, please send the information to  letting them know the death occurred after or before November 1,2015 to admin@bogercitymethodist.org

Holidays At The Garden At Stowe Botanical Garden In Belmont, Through January 1 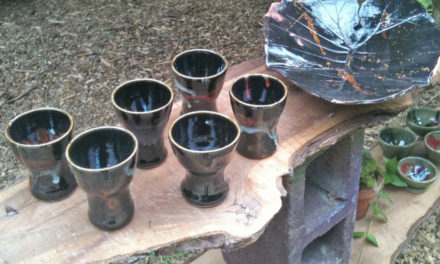 Spring Art At The Farm Is Sat., May 4, Grace Chapel Road