It was only a few years ago when things had gotten so bad for filmmaker Spike Lee that he was forced to seek online funding for his cinematic endeavors. This was quite a shocking comedown for a director whose work was so indelibly linked with the popular culture of the late 80s and early 90s due to such lauded efforts as Do the Right Thing and his Malcolm X biopic.

Thanks to funding from Amazon, things turned around drastically in 2015 for Lee with his critically lauded effort, Chi-Raq. And now, no doubt due to the recently achieved clout of filmmaker Jordan Peele (Get Out) who helped get the project off the ground, Spike Lee is back with one of the best achievements of his four decade career, the resonant and timely BlacKkKlansman. 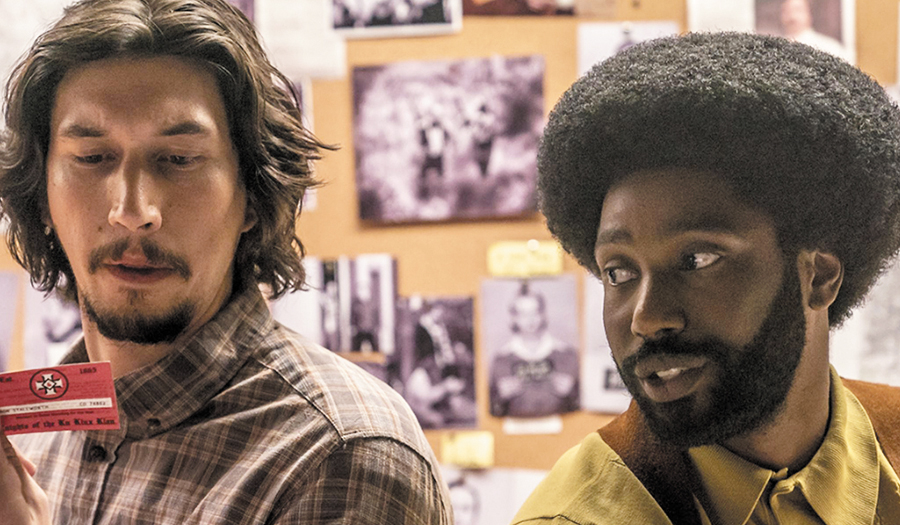 This is indeed a film for our times and about our times in spite of the fact that the events depicted in the film actually transpired nearly fifty years ago. The film opens with recreations of underground films from the late 60s denouncing desegregation and ends with breathtaking footage of last year’s tragic events at the rally in Charlottesville, Virginia. I suppose Lee is intending to give audience members pause in order to reflect on how far, once upon a time, we came forward in terms of race relations only to regress to the point where things stand today. If that’s the point he’s trying to make he’s succeeded in a most profound way.

As I alluded to earlier, this is a film based on true events. In this case it’s the story of Ron Stallworth, the first African American police officer to serve in Colorado Springs in the early days of de-segregation. Relative newcomer John David Washington, whose father Denzel worked with Lee on more than occasion, gets the lead role honors as Stallworth. At first Stallworth is put to work in the records room but that isn’t enough to satisfy his hunger for accomplishment. Stallworth eventually sees a chance to establish himself in the police force when he chances upon an ad in the newspaper advertising for the Ku Klux Klan. He decides to partner up with colleague, Flip Zimmerman, who happens to be both Jewish and white, with Stallworth doing the phone work and Zimmerman showing up in person at the meetings. Together they make it their mission to take down the group as they attempt to make their brand more mainstream in an effort to recruit new members.

The only quibbles to be made are a few errors in logic from a storytelling standpoint and a romantic subplot that doesn’t really pay off although the latter offers a few nice moments here and there. Still, this isn’t enough to detract from the power that the film possesses. This one’s made from the heart and it’s the kind of thought provoking filmmaking that I crave and so rarely get to experience in a theater. I’m glad I did.

BlacKkKlansman is playing all around this area.