Whitehall, NY (AP) A nearly 12-foot-tall sculpture of Bigfoot has been erected in an upstate New York town where some say the legendary creature stalks the woods.

Paul Thompson told The Post-Star of Glens Falls that he got the idea for the statue after meeting people looking for Bigfoot around Whitehall, New York, located on the Vermont border between the Adirondacks and the Green Mountains.

Thompson paid a local artist for an 11-foot-8-inch-high, half-ton steel sculpture that depicts Bigfoot in full stride. He placed the sculpture in front of his business, the Vermont Marble, Granite, Slate & Soapstone Co.

Thompson says people driving by have pulled over to get a better look at the towering ape-like figure since its unveiling Saturday. 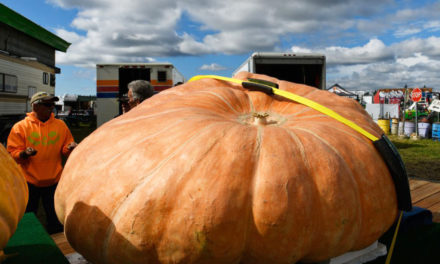