Hickory – Friday, September 8, the City of Hickory’s 2017 Sails Original Music Series will continue with Big Sandy & His Fly-Rite Boys.  Since forming 25 years ago in Anaheim, California, Big Sandy & His Fly-Rite Boys have toured continuously and become torchbearers of American roots music.  Inspired by rockabilly, rock & roll, honky-tonk, rhythm & blues, soul, and doo-wop, this band has made three appearances on Late Night with Conan O’Brien, featured on NPR’s Fresh Air with Terry Gross, as well as All Things Considered with Melissa Block.

“Big Sandy is a mighty man,” described Sails Original Music Series Coordinator, Bob Sinclair.  It is a real treat to have this California band playing for the music lovers of Hickory.  Don’t miss Sandy!”

The show begins at 6:30 p.m. and audience members are encouraged to bring lawn chairs or blankets. Olde Hickory Brewery and Silver Fork Winery will sell beer and wine in designated areas, and there are a variety of close-by restaurants to patronize.

The Sails Original Music Series is able to bring excellent musical entertainment from all over the United States with the help from local sponsors. The presenting sponsor of the series is Lowes Foods, while The Hickory Wine Shoppe is the premier sponsor for the month of September.

Big Sandy and his Fly-Rite Boys

Ready For A Change? Come Be Inspired! 3/27 At Mt. Pisgah Lutheran Church

19th Annual Winter Art At The Farm This Saturday, December 2 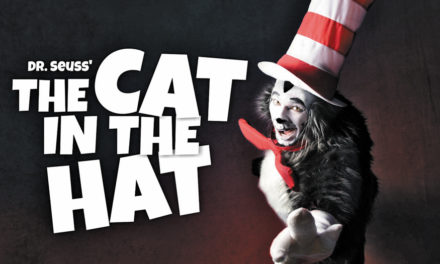 Cat in the Hat Party At Hickory Public Libraries, March 1 & 2