Hickory – Popular Hickory rock band 20/20 will perform at 7pm, Friday, August 9 at Cafe Rule & Wine Bar in Hickory. The event is a fundraiser in honor of 16 year-old Sally Sowers, who passed away in 2016. Those who wish to donate, or sponsor the Color Me Sally Fun Run are eligible to

attend. To donate: go to www.uchigh.com.

20/20 are known for their covers of Bruno Mars, Eric Church, Chris Stapleton, Eagles, U2, Billy Idol, The Black Keys, Coldplay, Led Zeppelin, Aerosmith, Buffett, Van Morrison, Beatles, Monkees, The Who, Queen, Lynyrd Skynyrd as well as many other popular bands. They were the Friday night headliner at the 2014 and 2016 Hickory Oktoberfest.

The band was most recently featured in a national Cheerwine radio commercial; and a WBTV3 Charlotte feature story.

– The band has opened for Beach Boys singer/guitarist, David Marks in 2014, and made it through three rounds of “America’s Got Talent” in 2011.

– 20/20 has opened for Holy Ghost Tent Revival; Simplified, Eliminator, and many other national acts

Formed in 2008, the group consists of four eye doctors, a near-sighted singer, and a cable engineer. 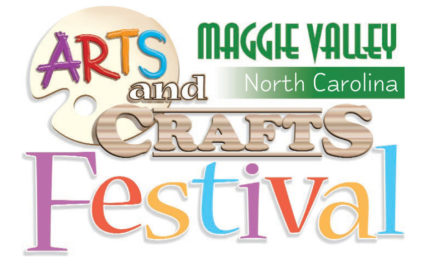 Maggie Valley Arts And Crafts Show Is This Weekend, July 6 & 7