Posted by FOCUS Newspaper | December, 13, 2018 | Have Chainsaw Will Travel

“Do you believe in magic in a young girl’s heart? How the music can free her, whenever it starts. And it’s magic, if the music is groovy; it makes you feel happy like an old-time movie. I’ll tell you about the magic, and it’ll free your soul…but it’s like trying to tell a stranger ‘bout rock and roll.” Lyrical excerpt from “Do You Believe In Magic” by the group The Lovin’ Spoonful, circa 1965.

As the year’s end draws nigh and the happy holidays roll through invitations to seasonally greeted gatherings fill the black box at the end of the drive, there are so many, too many; (well honestly not that many) but still just enough to be too much, for one person to make attendance to all. Apologies in advance, RSVP denied ASAP, so sorry, sincerely declined. Maybe next year but we should get together soon. Say you’ll be there. Say you’ll try. Say you can’t make it. Never, ever, ever, promise and then not show up!

And so the list of potential attendances dwindles, as the happy holi-days haplessly eat away at the time. So we must choose whose feelings to spare, and who has the best appetizers. Pick the best of the best, the favorite of the favs and/or the ones we cannot miss for fear of suffering the dire consequences and wrath of those who will not take no for an answer (proper use of a double negative – points) under the penalty of persistent, prolonged, purgatorialistic, pestering punishment… and a few other scary sounding “P” words.

The latter of those would explain my, along with John Q. (the yellow stuffed bear side-kick) and Frank a.k.a. the Angel of Death’s presence in the basement on an abandoned rec-hall. Elaborately antique, festively decorated and located on a point of reality convergence, it makes the perfect place for a holiday gathering such as this. With an eclectic guest list as assorted as taking classical literature and The Weekly World News, throwing them into a blender, set on puree, then set on fire.

So I was socially drinking mocha lattes and playing Russian Roulette Parcheesi (not a game for the faint of heart) with Bigfoot and the Invisible Man…I think…did he leave? When the Easter Bunny, who was dealing the cards, leaned in and asked rather discreetly, “So… do you believe in Santa Claus?” Bigfoot grunted and the Invisible Man rolled his eyes…maybe…it’s hard to tell. Seriously? Considering the collection of characters here that’s a kinda ridiculous question.

“Dude, he can hear you,” Cripes, the Invisible Man speaks (wow, he’s like really close) “St. Nick’s right over there playing Twister with the Minotaur and John Q… how the hell does a foot tall bear play Twister?”

He cheats…anyway what do you mean, do I believe…what’s not to believe…he’s right there! “No, no, no…” EB tries to clarify, “I mean do you BELIEVE? Chickens lay eggs, I decorate and hide them…it’s all natural but the stuff he does it’s like…” Magic?

Now the cards are on the table, and in using the “M” word with this crowd all eyes turn my way. Except maybe the Invisible Man’s and Frank’s, who only has empty sockets, which are currently scoping out the Tooth Fairy… she’s still single from what I hear. So basically, what you’re asking is, do I believe in MAGIC? More specifically do I believe in Christmas MAGIC? Even more specifically do I believe that Santa Claus brings the MAGIC that is the Christmas MAGIC? My answer is a resounding- NO… at least not by himself.

There is magic this time of year and Santa is a big part of it, just as much as the tree, the decorations, the carols, the cards, stockings, eight tiny reindeer and fruitcake are. But the true magic that is Christmas is the gift! Now we’re not talking about some trinket ordered on Amazon, stuffed in a singing box, wrapped up with a bow but rather the symbolic cumulation of all things considered Christmas. When opened this gift creates a feeling of joy and hope, a peaceful tranquility of the soul. You can see it all round, you can taste it in the air, you can embrace it whole heartedly but the only way you truly experience it and receive this gift is by giving it to someone else.

There was a round of applause. Bigfoot and some leprechaun fairies broke into a chorus of Silver Hell’s Bells. The Invisible Man gave me a slap on the back… well he kinda bumped me with some part of himself…we’re gonna let that go. EB sighed realizing there would be no magical reveal; silly rabbit Christmas is for kids. Frank and the Fairy had disappeared, John Q. was once again Twister triumphant and the jolly fat man came by for a word. “I couldn’t have said it better myself Mr. Saw,” Santa said with a twinkle in his eye, “of course you know this won’t get you off the naughty list.” Yeah I knew… but it was worth a shot. 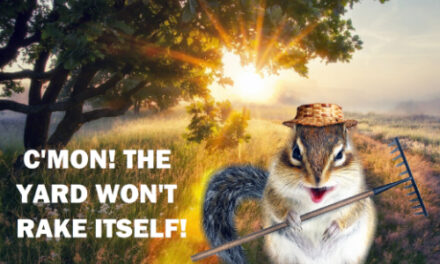 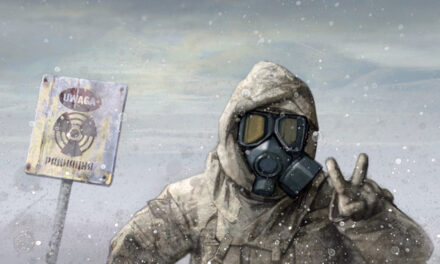