Beach Music Night Is Tuesday, August 16, With The Embers

Newton, NC – The Carolinas’ own beloved contribution to melodic sounds that has become the stuff of legends throughout the country, beach music, returns in full glory to Catawba County on Tuesday night, August 16. The Beach Music Night tradition of many decades is part of the week of Soldiers Reunion patriotic festival.

The seven-member ensemble that is cited as the royalty of this special Carolinas musical genre, The Embers, returns to perform for what is anticipated to be an audience of hundreds of faithful fans. The outdoor concert on the east side of Courthouse Square is set to begin moments before 7:30 p.m.

That year a couple of enterprising high school boys in Raleigh formed a group to play for school dances and parties. As The Embers they still play the timeless rhythm and blues style as popular now as it was in the 1950s and 60s. That style laid the foundation for soul and the Motown sound, but throughout the Carolinas, Virginia, Georgia, Florida and Alabama, rhythm and blues means beach music.

With up to 300 concerts a year, they travel to Canada and Hawaii as well as around the U. S. in the bright red tour bus. 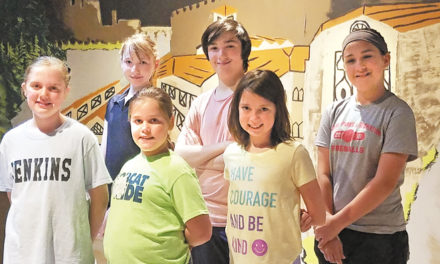