The Atlantic Coast Conference has followed the NCAA’s lead and is removing all its athletic championships from North Carolina over a state law limiting protections for LGBT people. The ACC Council of Presidents voted Wednesday to move the league’s championships until North Carolina repeals the law. The decision includes 10 neutral site championships this academic school year, including the ACC football title game that was scheduled to be played in Charlotte in December.

Here is the quote from Clemson President James P. Clements, chairman of the league’s council. “The decision to move the neutral site championships out of North Carolina while HB2 remains the law was not an easy one. But it is consistent with the shared values of inclusion and non-discrimination at all our institutions.”

Let’s review the law again before deciding if this is an issue that college sports should involve itself in. The law requires transgender people to use restrooms at schools and government buildings corresponding to the sex on their birth certificates. It also excludes gender identity and sexual orientation from local and statewide antidiscrimination protections. HB2 was signed into law earlier this year by Republican Gov. Pat McCrory, who has defended it as a commonsense safety and security measure.

This action by the ACC is the latest in a steady stream of public and business backlash against the law. The NBA moved its 2017 All-Star Game to New Orleans instead of hosting it in Charlotte as originally scheduled because of the law. Duke’s men’s basketball schedule had to be reconfigured when Albany backed out due to that state’s travel ban, and the Vermont women’s basketball team has canceled a December trip to play North Carolina in Chapel Hill. Entertainers like Bruce Springsteen, Pearl Jam and Ringo Starr have canceled plans to play in North Carolina. And PayPal reversed plans to open a 400-employee operation center in Charlotte. That is a lot of entertainment dollars that will not find its way to North Carolina.

Reaction to the law and the decisions made by schools are primarily put into three camps. There are those who say that people with male parts should use the men’s room and people with female parts should use the women’s room. They would ask how is that bigoted and discriminatory? They would say that simply makes common sense. They would feel that the NCAA and ACC have become liberal activists who have chose to side with people who think men can be women and women can be men. Another camp will say that sports in general should not get involved in politics. They say that sports are solely for entertainment purposes and represent a diversion from everyday life for the average American to engage in a spectator activity without having to be politically correct. They do not care about an athlete’s politics. They just want the game played.

Others will say that it is great to see that there are consequences to bigotry and laws that discriminate. They will congratulate the ACC and NCAA for setting a decent, moral example. I have written in the past that I think these boycotts are a prime example of hypocrisy. There will be thousands of athletic events in the state of North Carolina. Why are these games being played if the state of North Carolina is so discriminatory and not inclusive? Why should the public be penalized for following state law? If so, should championship events be moved from the state of Colorado because they legalized marijuana? I don’t think so.

Sports and politics rarely match up well. And this is another example of that.

There have been a host of surprises thus far in 2016. As a result, we are down to 38 undefeated FBS teams and only eight winless teams after just three weeks of play. Those numbers tell us that college football is becoming more and more balanced. I also believe that the new playoff system has led to schools scheduling more meaningful games early in the season to establish themselves in the polls. Evidence of this is that perennial powers Oklahoma and Notre Dame scheduled some tough matchups that did not work out so well. Both already have two losses while we have programs like Wake Forest and Army who are undefeated.

Alabama is atop the polls again and it is amazing how the Tide scores points. After watching them last week I looked back over recent time. The Crimson Tide have five non-offensive touchdowns already this season. Such scores this season, including three in Saturday’s 48-43 comeback victory at No. 23 Ole Miss. That adds up to 15 return touchdowns since the beginning of last season: seven interception returns, five punt returns, one kickoff return, one blocked punt and Da’Ron Payne’s 3-yard fumble return in Oxford. Strong safety Eddie Jackson has four of them, three pick-sixes last season and the 85-yard punt return just before the half Saturday that cut the Rebels’ lead to a touchdown.

One school that was upset last week was Oregon who were huge favorites travelng to Nebraska. The Ducks continued their strategy of going for two point conversions after scoring touchdowns. It has not been working the past few seasons though it usually does not cost them as they usually outclass their opponents. It cost Oregon big time as they failed four times while losing 35-32 to the Huskers. Even before Saturday’s 1-for-5 fiasco at Nebraska, the two-point strategy hasn’t been as effective for head coach Mark Helfrich who has to know that his team would still be undefeated if he just kicked the PAT. Before Saturday, Oregon had converted only nine of 23 two-point conversions in Helfrich’s four seasons. 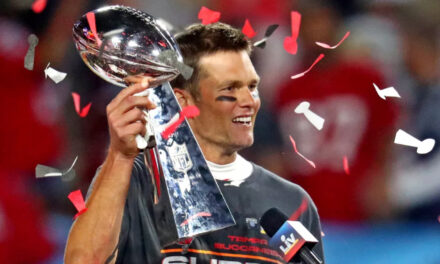