Home » News » Local News » Barnum, The Greatest Showman On Earth At The HUB, May 24

Barnum, The Greatest Showman On Earth At The HUB, May 24

Hudson, NC – Wind & Woods Productions will present the original Children’s Musical, Barnum, the Greatest Showman on Earth, one night only, Friday, May 24th at 7:30 PM at the Hudson Uptown Building (HUB Station), 145 Cedar Valley Road. The play tells the true story of the great circus entrepreneur, PT Barnum, who was famous for his New York museum well before starting his circus when he was in his 60s. The show features acrobats, animals, a bearded lady, a tattooed lady, Tom Thumb, Jenny Lind, (the “Swedish Nightingale”), Jumbo the elephant and much more. A very special feature involves a fire-eating display by world class fire eater, Ms. Manja Podratz. 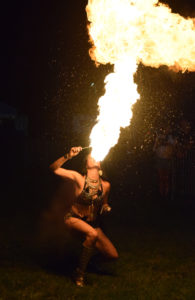 The play was presented for 1300+ Caldwell County School Children at the JE Broyhill Civic Center on March 7th. Playwright and Director, Mr. Keith Smith, says that the K-5 classes in attendance that day were particularly impressed with Ms. Podratz. “They gave her more than one standing ovation during her time on stage, and oohed and aahed throughout.” Smith says that “Though this is a children’s play, it is really for ‘children of all ages’.”

He continues, “I’m particularly proud of the accuracy of Barnum’s life story told in this play. The recent movie was a visual feast, but played a bit loose with the facts. My contention is that in most cases, the facts surrounding historical characters are just as interesting, or more so, than the legend and myth in which they are encased. PT Barnum was a very prolific man who crammed more than one lifetime’s activities into his 80 years. He was rather controversial even during his lifetime. The other aspect of this play of which I am proud is that I was able to present a message of acceptance of people who are different. The show offers a strong anti-bullying message. The story is told through multi-media: original songs, acting, acrobatics, PowerPoint, etc. I hope that children in the Caldwell County School System and beyond will come see this production. I hope that some of the kids who saw the show back on March 7th will come again with their families. We truly are seeking ‘children of all ages’.”

Tickets for the production are $12 for Adults, $10 for Children in Advance, and are $14 and $12 respectively at the door. Tickets may be purchased at Just Roll with It Bistro and Bakery in Hudson, or by calling 322-3169. Seating is first come, first served general admission and the doors at the HUB open at 6:30 PM, with the show to begin at 7:30 PM. Food will be available. The show is a one act play, lasting around 50 minutes.

Following the play, at dusk, everyone will reconvene just outside the theatre for Ms. Podratz’s stunning fire eating presentation and dance. For further information, please call (828) 322-3169.

First Friday With A Local Author At Beaver Library, February 1 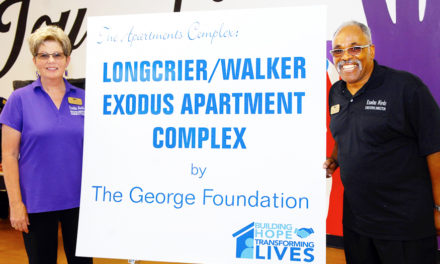