Grumbine follows Hippert’s steps as he twirls his partner, Junko Wright, across the parquet floor.

It’s 6:15 p.m. at the Arthur Murray Dance Studio on Fruitville Pike, and Grumbine is starting one of the three or so dance lessons he will take this week.

Three hours from now, he and Wright will still be waltzing and two-stepping their way around the dance floor.

But Grumbine is no ordinary ballroom dancer. He turned 100 years old on March 31.

And, as he did during this recent evening at the studio, he loves dancing to all kinds of music, from “Stayin’ Alive’’ by the Bee Gees to “Brick House’’ by the Commodores.

“I like the hustle, the waltz, the rhumba, the fox trot,’’ Grumbine, of Lancaster, says. “I like a lot of different dances.

“I go to the studio and I dance three, sometimes four, times a week,’’ he says.

A few days earlier, sitting at the dining room table in his bright, comfortable Brethren Village home south of Lititz, Grumbine reflects, in a soft voice, on how he became a ballroom dancer in his late 70s.

While still living in York County after losing his first wife, Margaret, Grumbine took his first-ever dance lesson in 1996.

“My mother had passed away, and he needed an activity,’’ Grumbine’s daughter, JoAnne Boyd, of Lancaster, says.

“When he saw the dancing, and how much the people were interacting, it intrigued him,’’ says Boyd, a retired Warwick School District art teacher, “and he decided he wanted to be a part of that.’’

“I tried golf and bowling and a couple of other activities,’’ Grumbine says. “But the one that I stuck with was dancing.’’

He met his second wife, Betsy, at a dance function, and the two of them loved navigating many dance floors together until she died in 2013.

When Grumbine started going to Arthur Murray, it had been decades since he had danced.

“Well, I danced in high school,’’ he says, “in Waynesboro, every Saturday night at the Legion post. . A lot of young people gathered there.

“I danced, but I didn’t know any formal steps,’’ Grumbine says. “I just went with the music.’’

In Waynesboro, his hometown, Grumbine was a halfback on his high school football team – coached by Rip Engle, who later became head coach at Penn State.

“I was the smallest person on the team,’’ Grumbine recalls. “The (sports) writers have their way of putting things. … They called me the deadliest tackler on the team, and 129 pounds of dynamite.’’

After high school, Grumbine joined the Air Force and served on Pacific islands, including Tongatabu and Guadalcanal, during World War II.

“I was a major aircraft overhaul shop chief,’’ Grumbine says.

“They were the ones putting the airplanes together and patching them . to keep them flying,’’ Boyd adds.

The GI Bill later helped Grumbine get his degree in agricultural business from Penn State.

“And I didn’t dance for many, many years,’’ he says, “because I was too busy trying to make a living.’’

“And raising four children,’’ Boyd adds. She says her father was always active, though, doing yard work, fixing cars and building the York County house she grew up in.

For the last 20 years of his working life, Grumbine says, he was an administrator for McCrory, McLellan and Green, the York-based company that operated the McCrory five-and-dime stores across the country.

Active in his church in York, Grumbine also earned his master’s degree in pastoral counseling from Liberty University when he was 80 years old.

The recently departed evangelist Billy Graham was his graduation speaker.

“And I have an exercise bike with a computer on it,’’ he says. “It tells me how many miles (I ride) and how many calories I burn.’’ He rides the equivalent of three to six miles a day, he says.

He also enjoys watching Westerns on TV, Boyd says, and spending time with family members who live in the area.

Wright says her husband of 46 years likes to play golf for exercise rather than dance.

Wright, originally from Japan, has a Japanese friend who loves to dance and wanted to take lessons while visiting the area.

They signed up together at Arthur Murray.

One evening, they wound up talking to Grumbine, who, then 98, was sitting by himself at the studio.

“We became dance friends,’’ Wright says. “Sometimes he needs a partner, so we dance together. And our families are all friends.’’

The partners danced for a crowd of more than 100 people at Grumbine’s recent birthday party at the Eden Resort.

In his garage, Grumbine has one whole wall packed with the plaques and trophies he has won at Arthur Murray dance competitions over the past 20 years.

Grumbine also dances at events with two social dance clubs in the area, Starlight and Cotillion.

“We are amazed at all his achievements,’’ she says. “He has taught us that age is just a number. He inspires us to keep going and work hard.

“He’s a role model for all of us,’’ she adds. “He continues to remind us to enjoy life. He gives us hope that, no matter our age, we can enjoy life as long as we take care of ourselves.’’

“He takes away all our excuses,’’ Boyd says. “His younger brother, Ira, who’s 90, he says it tires him out to watch him go to the dance studio.’’

Hippert, who has been giving Grumbine and Wright dance lessons for about two years, says Grumbine can dance for 40 straight minutes without stopping.

“I don’t have to treat him like he’s 100,’’ Hippert says. “I can still push him … to learn new things. He takes it really seriously. He writes down notes and goes home and practices.

“Dance keeps his brain active and keeps him healthy,’’ Hippert says. “And it gives him something to look forward to – a place to go to socialize with other people.

“There are people half his age who can’t be that active,’’ Hippert adds.

Kawoni Richardson, who manages the local Arthur Murray studio, says she is impressed that Grumbine didn’t start dancing until he was nearly 80.

“Just to have that drive to start something new and always keep learning, it’s fantastic,’’ she says.

“He doesn’t slow down,’’ Richardson says. “And it’s great to see how his family supports him.

“Dancing affects people different ways,’’ she says. “It can make them feel alive. It can build confidence … and a sense of accomplishment. It helps people have grace and poise and want to take care of themselves.’’

“I think he’s amazing,’’ says fellow Arthur Murray student Kathy Hay, of Landisville. “We all hope that we can still be dancing like that when we are his age.’’

Boyd says her father’s doctors say they want him to keep dancing.

He has had heart bypass surgery, Boyd says, and a stent put in when he was 94, but not a lot of other health problems. He has 20/20 vision, she adds, and is able to drive himself to places close to his home.

At Arthur Murray, Grumbine dances with about a dozen different women – some a third of his age, and many taller than he is.

With “Family Affair’’ by Mary J. Blige keeping the beat during a group cha-cha practice in the middle of the evening, students switch partners every minute or so as they practice a step combination.

At the direction of instructor Verity Earl, Grumbine high-fives each female partner as they rotate from man to man around the room.

Someone suggests they all end the dance with what Boyd calls Grumbine’s “signature move’’ – thrusting out his fingers and thumbs in the shape of two guns.

Moving to another studio space, several couples are finishing their Arthur Murray evening with an open hour, during which they enjoy all the different types of dances they’ve learned in class.

After a short break and a glass of water, Grumbine is still dancing with Wright, walking her across the length of the dance floor in a graceful tango.

“Dancing helps me in my living,’’ Grumbine says. “It enables me to maintain mobility in my thinking and my physical activities – and my ministry. … It enables me to communicate with other dancers. It gives me an opportunity to speak of Jesus Christ.

“Learning dance steps is the beginning of becoming a dancer,’’ Grumbine says. “Even if you think you have two left feet, a dance instructor can do away with that thinking.’’

“I love the fact that I’m learning dance steps,’’ Grumbine says. “I love the music that goes along with it. It’s just an enjoyable experience.’’ 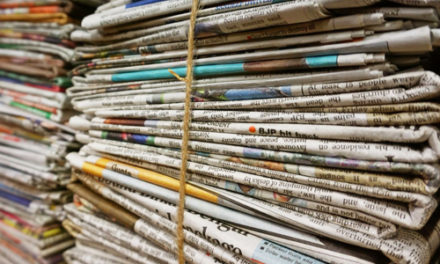 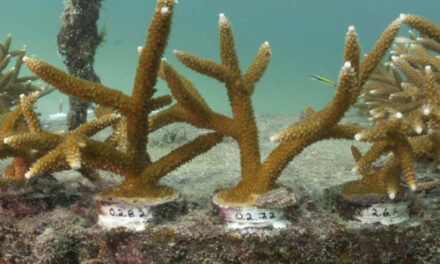