Hickory – In the new comedy, End Days, Sixteen-year-old Rachel Stein is having a bad year.  Her father hasn’t changed out of his pajamas since 9/11, her mother has begun a close, personal relationship with Jesus, her new neighbor, Nelson, a sixteen-year-old Elvis impersonator, has fallen for her hard and the Apocalypse is coming Wednesday.

In the Hickory Community Theatre’s upcoming production, two newcomers play Rachel and Nelson. Zion Mingus, who plays Nelson, is a Hickory Native who was named the Hickory High “class clown” in 2017.

His previous stage experience includes two productions with local playwright Molly Bass; This is My Real Voice in 2018 and Hairspray in 2017. When asked how he came to audition for this role, Mingus said, “I was told about the show and came to auditions at the last minute and just fell in love with the role. I love Nelson’s attitude about everything.”

Hannah Millette plays Rachel, a teenage Goth, who has felt alienated since 9/11, when both of her parents withdrew into their own worlds. Millette is a relative newcomer to Hickory, who moved here with her parents a year and a half ago to be closer to family. She attends St. Stephens High School.

She says she chose to audition for End Days because, “I love how unique and crazy it is, yet it also ties in a positive message.”

Tickets for Thursday night performances are $14 for adults and $10 for students and youth 18 and under. Call the box office at 828-328-2283 or visit hickorytheatre.org to purchase tickets or get more information. HCT is a Funded Affiliate of the United Arts Council of Catawba County. The Theatre’s 2018-2019 Season is sponsored by Paramount Automotive and A Cleaner World. End Days is produced by Robert Abbey, Inc. and Dr. George Clay, III, DDS. 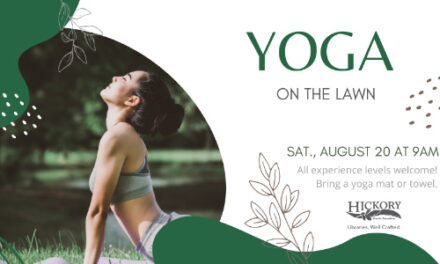 Yoga On The Lawn For All Levels At Beaver Library, 8/20

CVCC Presents How To Start A Business Seminar On May 7 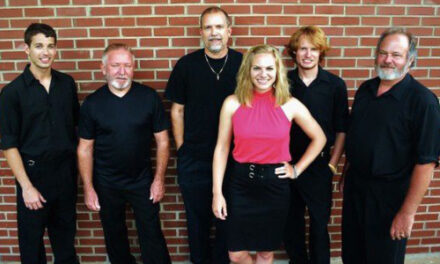