Yes, YOU have beaten the odds and you are a survivor (cue “Eye of the Tiger”). Whoa, hold on, before you go patting yourself in a congratulatory or perhaps promiscuous manner (you dirty little monkey) Chainsaw…tell ’em what they’ve won! Well, oh diligent reader, you have just won a lifetime supply of jack and s*** and Jack left town.

The biggest misconception about the apocalypse is that it is an “event” not a time frame. This event would be a world-ending one, which represents the total annihilation of civilization as we know it, resulting in the potential end of the human race. Being a survivor of said event would not be…(“It’s the eye of the tiger; it’s the thrill of the fight! Rising up to the challenge of our rival and the last known survivor…” ) STOP THAT! Surviving said event would not be due to the “survival of the fittest” credo but rather luck of the draw. Not to mention that considering the numerous potential world shattering events and ensuing aftermaths, surviving may not be a good thing. There’s always a downside to the apocalypse. You also have to take into account that some apocalypses may take longer than others in reaching their post-apocalyptic stage. In the cases of a war that reaches a rapid nuclear climax or an unexpected and total collapse of technology due to outside forces (think terrorists or aliens here) the event would be instantaneously devastating. If you miraculously came through unscathed then your post-apocalyptic existence would be based on recovery, if that were possible, once the dust had settled. However, some events take longer to transpire. In the case of a slowly progressing famine, highly contagious disease or zombies, the apocalyptic event may potentially stretch out for years. Now this is seemingly a contradiction to the “event not a time frame” statement seeing as how the “event” could take time. So it may be a little longer before you could claim the role of survivor…(“Rising up, straight to the top! Had the guts, got the glory. Went the distance; now I’m not gonna stop! Just a man and his will to survive.” OK, that’s it! Gimme the damned record player…and the 8-track copy!) But due to the fact that it sounds silly and kind of stupid to say, “So how’re ya doin, still surviving the apocalypse?” then the theory holds true. However, such statements are perfectly logical and well-placed when concerning a divorce.

So how does one survive and thrive through an apocalyptic event? How the hell should I know? Haven’t you been paying attention here? The fact is and remains to be there is no guaranteed way to ensure that you can survive an apocalyptic event. There are no plans or preparations anyone can make to make sure they have planned and prepared for this. Sure, you can stockpile canned goods and bottled water in your underground backyard bunker. You can buy all the firearms and ammo your little heart desires. Neither will do you a damned bit of good unless you are a survivor (don’t even think about it) of the initial event. Right now you may be contemplating the relevance of what, by all appearances, is an insane doomsayers ramble. In returning to your contemplation please take note of the currently relevant pre-apocalyptic stage of our world.

It’s 2016 and we’re overdue for the Mayan as well as biblically based extinction event. The Apprentice may very well trump his opponents and take center stage come winter. Our country is systematically pissing off and offending every other country with our contempt and foolish need for mass media acknowledgement and entertainment. We are more concerned with Facebook likes than we are with a steadily growing need for population control. We worry more about and make a bigger deal over who can use what bathrooms, rather than how to improve the educational standing of future generations. Ours is a sad, stupid little world that is long overdue for a wake-up call. Right now the only thing to consider is will you survive long enough to answer? 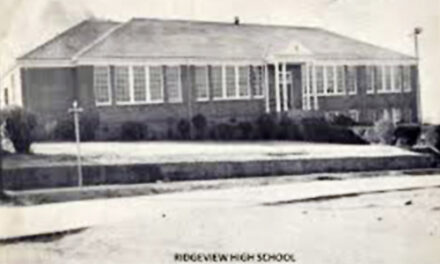