Posted by FOCUS Newspaper | November, 2, 2017 | Have Chainsaw Will Travel

“If I spin around in circles fast enough, round and round, will my world stop spinning or will I get dizzy and fall down? Swimming through the sea of life, wearing an exhausted frown; if I pause to catch my breath, will I simply sink and drown? If I wake up in the night, from a terrible dream; realizing the dream was better, then should I start to scream?” (Quoted from…me…just now).

Anxiety no, no that’s not right at all…too mild, it’s more like- ANXIETY!!!– anx·i·e·ty /  aNG zy et ee, noun; a feeling of worry, nervousness, or unease, typically about an imminent event or something with an uncertain outcome. And thank you, Mr. Webster, for that defining, well defined definition. They say (“they” in this instance being the result of every internet search) the number one best way to deal with anxiety is to: Repeat your worry, until you’re bored silly.

At this point it strikes the writer as being humorous if the rest of this column were to consist of repeating the same problem repetitively. Perhaps worded differently and running throughout the article’s entirety. However, this writer knows the editors would not appreciate said humor, so he won’t…yet.

So the solution to curing one’s anxiety is to “repeat your worry, until you’re bored silly.” Well that seems highly illogical, unproductive, pointless and just plain dumb! How does continually going over and over and over and over a problem solve the problem? It doesn’t, but if you’re suffering from anxiety isn’t that what you’re doing anyway? Anxiety is, after all, created when we are confronted with a situation we can do nothing about.

Why can’t we do nothing about it (aside from protesting with bad grammar, apparently)? Because it’s beyond our control! We just mentioned that fact in the last paragraph. But how can something be beyond our control if we’re playing a part in it? Shouldn’t we have some say in what goes on in our own lives? Shouldn’t we have some control over the immediate world around us? How can there be a problem with no solution? A problem with no solution is… is a what? It’s a paradox, an unsolvable, a puzzle, an enigma, a mystery, a dilemma, a dead end, perplexing, a catch 22. Ah ha! CATCH 22! So what of 22 must we catch to solve the problem? No, a catch 22 is a dilemma or difficult circumstance from which there is no escape because of mutually conflicting or dependent conditions. Oh…well then it’s just as dumb as anxiety…all 22 catches.

So when confronted by an unresolvable situation we should worry about it till we can’t anymore? Till we’ve reached a point where we realize how pointless it is to worry over something we can do nothing about? But what if we don’t stop worrying? What if it just keeps on going and going until…what? What happens when you can’t stop worrying about something you can’t do anything about?

Well…your mind will eventually break down. Your ability to perform basic functions, to work, to play, to eat, to sleep, to live, will begin shutting down. You will sink into a bottomless pit of depression from which there is no escape; buried alive by your own worries, fears and anxiety. Or you’ll go insane and do something dangerously crazy. Something that may fix the immediate problem but open up a Pandora’s Box of problems you can’t even begin to fathom, in your high anxiety state. You could become so wrapped up in the moment of a demented solution to your problem that you fail to comprehend the potential consequences of your actions. OK, is it just me or does this whole thing read like a discussion a paranoid schizophrenic, suffering from anxiety fueled depression, is having a conversation with their more rational self? Yeah it seems that way to us too… think about that.

Feeling nervous, restless or tense, having a sense of impending doom, trembling, feeling weak or tired, trouble concentrating or thinking about anything other than the present worry, insomnia, lack of appetite, constipation, diarrhea. All these are the symptoms of suffering high anxiety. Anxiety which is created when a person worries incessantly about a situation, problem or event they have no control over. The intensity of which is based solely on the amount of worry a person allots themselves to devote to said situation, problem or event.

That said, we can surmise that a person suffering from anxiety is actually the cause of their own anxiety. Yes, there is the initial problem which triggers it in the first place. However, beyond that, it becomes the responsibility of the individual when choosing how to deal with it. So how do we deal with it? How do we keep an issue from consuming us with worry? We must come to the understanding realization that our worry, though founded, is not only pointless but detrimental and may hinder us or make us incapable of action should an actual solution arise.

To put it in a simpler, more familiar form, “We must learn to accept the things we cannot change, have the courage to change the things we can and the wisdom to know where to hide the bodies.” That last bit seems to fall under that, “doing something dangerously crazy” category… which will only give those around us something to develop anxiety over. 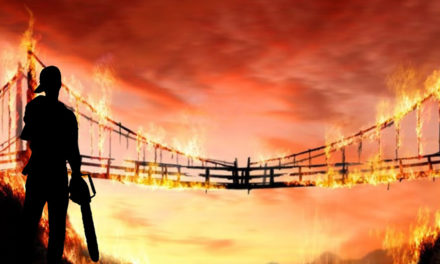 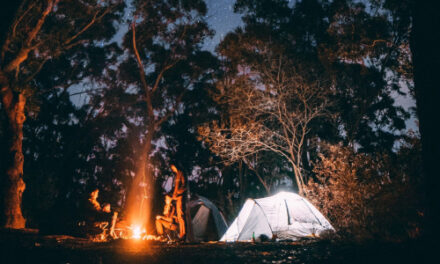 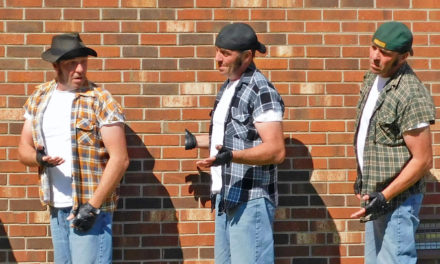