We met at a bar in late fall of 2005. I’d no idea I would fall that fall, but I fell hard. Ironically the first attempt to take you down with me had an appropriate sound track. Six bottles of liquid courage, along with a song request from you, brought me onto a karaoke stage for the first time, along with my first public attempt to get your attention.

Riding on the coattails of the recently released film “Walk the Line,” it seemed your song selection was emotionally spot-on, as was my impression of the man in black as I took the mic in hand- “Hello… I’m Johnny Cash…“Love is a burning thing… and it makes a fiery ring. Bound by wild desire, I fell in to a ring of fire. I fell into a burning ring of fire; I went down, down, down and the flames went higher. And it burns, burns, burns… the ring of fire… the ring of fire. The taste of love is sweet… when hearts like ours meet. I fell for you like a child, oh, but the fire went wild!” – Excerpted lyrics from- Ring of Fire, by the original Man in Black (1963).

Vivid memories of staring across a smoke filled bar, wondering — do you get it, do you feel this too, are you even paying attention? You chose oblivion over the obvious. Disappointing… yes; and yet for the next four years every trick in my books, every entertaining weapon in my arsenal or subtle amóre would be utilized and exhausted to try and win your favor. And then… I gave up.

You weren’t going to get it… and finally, I did. You went off with a female friend on a festively fancy Floridian field trip. Meanwhile… the financially challenged, factory working, freelance writing, single-father (lotta f words here) repainted the laundry room.

Yeah…enough was enough. Don’t say a word, cut ties, hang-up all efforts, focus on what is, aside from what will never be. It didn’t matter because apparently I didn’t anyway. There would be no tears mixed with the paint, just an odd sensation of relief in not having to ponder the possibilities any further. Oh well… moving on. Then the phone rang. 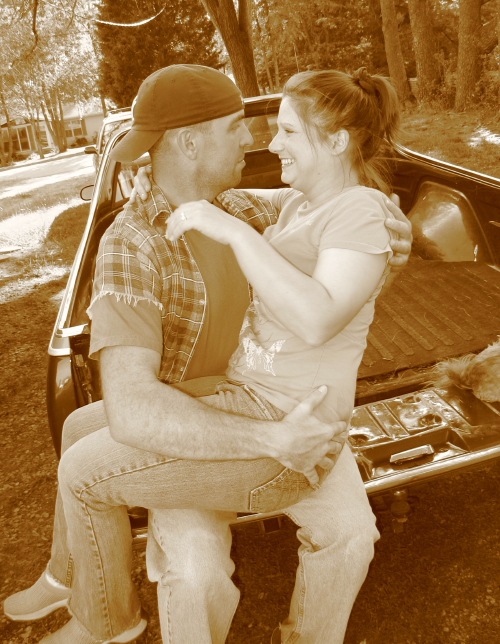 There are moments in time that can change our lives forever, when something as simple as answering the phone will alter our world as we know it. Funny thing is I knew this was one of those moments. Did you feel it too? The fate of two worlds lay in the balance, either colliding or drifting off separately into the blackness of space for all eternity…or maybe even longer. Three rings rang throughout infinity, each stretching into forever. There was a long pause before picking up. Let it ring…never know? Answer and let you know I’m sorry, but… hey stuff to do? Or… and to this day left with the wonder of what never would have happened!

“Well you done-done me and you bet I felt it. I tried to be chill but you’re so hot that I melted. I fell right through the cracks and now I’m trying to get back. Before the cool done run out I’ll be giving it my best-est and nothing’s going to stop me but divine intervention. I reckon it’s again my turn to win some or learn some. But I won’t hesitate no more, no more, it cannot wait, I’m yours.” – Excerpted lyrics from – I’m Yours by Jason Mraz (2008).

Johnny gave way to Jason and amidst tie-dyed roses, colorful Converse and matching chainsaws, the latter played at our wedding less than a year later. As it turns out neither of us turned out to be who we thought we were. And nothing has gone the way either of us thought or imagined it would. Definitely not the life I thought I wanted, or the one we would share. And yet a decade later — here we are.

Well it is what it is, right? No it isn’t because there is so much more to it. It still lives and breathes beneath the pile of insanity the day-to-day has piled upon it. It is US and I can push though the pile never wondering about what would/could have happened yesterday just as long as you’re still here tomorrow.

Happy X ANNIVERSARY to the love of my life, my petite lil wife and forever friend… my sweet Lil Red. Yeah…I know this isn’t what you expected but when has it ever been? 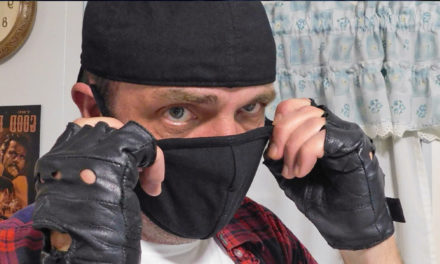 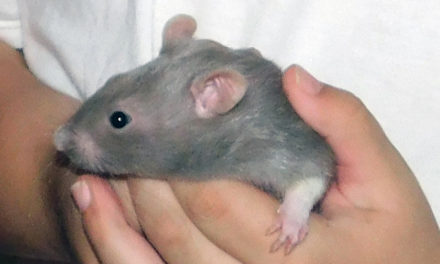