Nearly twenty-one years after the death of actor-rapper Tupac Shakur, the long awaited biopic detailing his brief and troubled life has finally arrived. One would think that a project with such a long gestation period couldn’t avoid being compelling. Unfortunately, that film, All Eyez on Me, turns out to be a surprisingly lackluster affair that doesn’t even begin to scratch the surface of who Shakur really was as a human being or even as an artist. Instead the film opts to give the larger than life figure a greatest hits version of his life story. As a result, only die-hard fans will likely appreciate the film. On the other hand, anyone who isn’t a fan going into the proceedings isn’t likely to come away swayed in the opposing direction. This is a film for Shakur’s loyal fan base only, and the preponderance of hip hop references is likely to lose anyone not in the know.

The template of the film is one that we’ve seen too many times to count in a biopic of this nature and it’s becoming increasingly tiresome. The overfamiliarity does the film no favors. Here we have the reporter who’s come to interview Shakur from his jail cell in the year before his death, while Shakur was serving a brief jail sentence for a rape related charge. The interviewer’s questions are used as a framing device and this gives the film an excuse to flash back through Shakur’s tumultuous upbringing. All of the high points are touched upon—his mother’s involvement with radical political groups, the lack of a father figure in Shakur’s life and his artistic talent which manifests itself in his compulsion to write poetry.

Strangely, there’s not a feeling of honest emotion to be found in most of the scenes that populate All Eyez on Me. Indeed, the film opts instead for the approach of touching upon one milestone after another in Shakur’s life without really going very deep. Skimming the surface, if you will.  We don’t get any real insight into his creative process and, strangely, there are few sequences in the film depicting Shakur in the recording studio. Even his time spent filming the 1993 film Poetic Justice is ignored.

The cast does the best they can with what they have to work with and it salvages the film at times,. Demetrius Shipp, Jr. is fine as Shakur, even if his line readings are a bit stilted in some scenes. Dominic Santana has the juiciest role in his turn as rap music mogul Suge Knight, and is appropriately menacing when he’s on screen. The scenes involving Knight are when the film really comes to life. As a whole, however, All Eyez on Me turns out to be a poor imitation of  the truly great film from 2015, Straight Outta Compton, which dipped into some of the same territory. All Eyez on Me is interesting from time to time but a film with a subject as monumental as this one needs to be better than merely interesting.

This movie is playing in Hickory and all over the area. 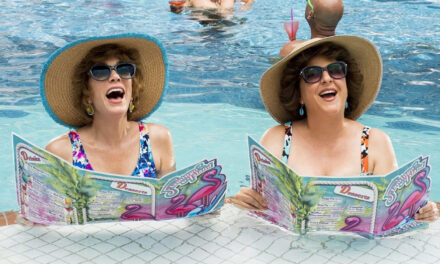 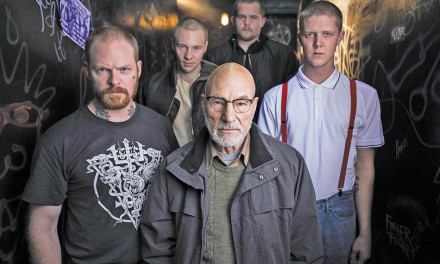