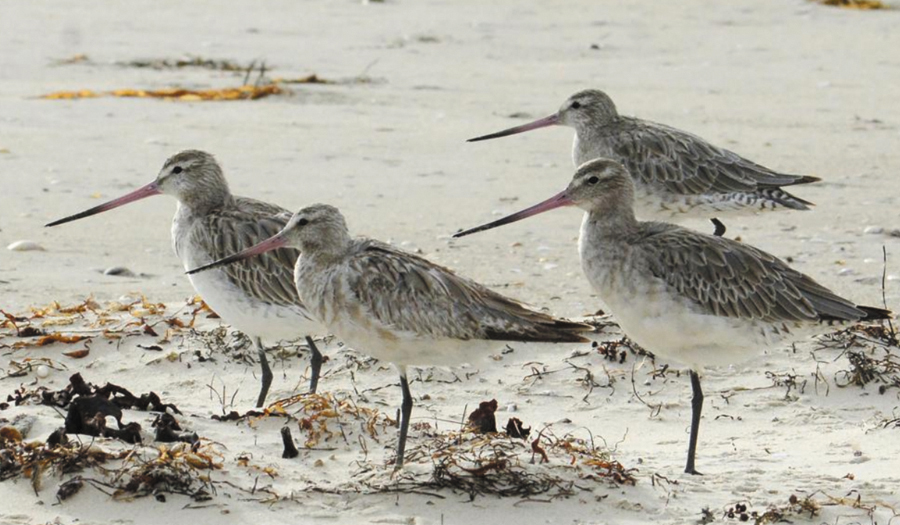 Canberra, Australia (AP) – A young bar-tailed godwit appears to have set a non-stop distance record for migratory birds by flying at least 13,560 kilometers (8,435 miles) from Alaska to the Australian state of Tasmania, a bird expert said Friday.

The bird was tagged as a hatchling in Alaska during the Northern Hemisphere summer with a tracking GPS chip and tiny solar panel that enabled an international research team to follow its first annual migration across the Pacific Ocean, BirdLife Tasmania convenor Eric Woehler said. Because the bird was so young, its gender wasn’t known.

Aged about five months, it left southwest Alaska at the Yukon-Kuskokwim Delta on Oct. 13 and touched down 11 days later at Ansons Bay on the island of Tasmania’s northeastern tip on Oct. 24, according to data from Germany’s Max Planck Institute for Ornithology. The research has yet to be published or peer reviewed.

The bird was again tracking southwest when it flew over or near Kiribati and New Caledonia, then past the Australian mainland before turning directly west for Tasmania, Australia’s most southerly state. The satellite trail showed it covered 13,560 kilometers (8,435 miles) without stopping.

Guinness World Records lists the longest recorded migration by a bird without stopping for food or rest as 12,200 kilometers (7,580 miles) by a satellite-tagged male bar-tailed godwit flying from Alaska to New Zealand.

That flight was recorded in 2020 as part of the same decade-old research project, which also involves China’s Fudan University, New Zealand’s Massey University and the Global Flyway Network.

The same bird broke its own record with a 13,000-kilometer (8,100-mile) flight on its next migration last year, researchers say. But Guinness has yet to acknowledge that feat.

Woehler said researchers did not know whether the latest bird, known by its satellite tag 234684, flew alone or as part of a flock.

“There are so few birds that have been tagged, we don’t know how representative or otherwise this event is,” Woehler said.

“It may be that half the birds that do the migration from Alaska come to Tasmania directly rather than through New Zealand or it might be 1%, or it might be that this is the first it’s ever happened,” he added.

Woehler hopes to see the bird once wet weather clears in the remote corner of Tasmania, where it will fatten up having lost half its body weight on its journey. 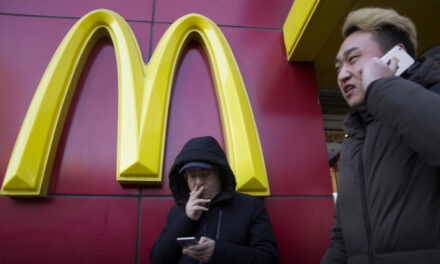